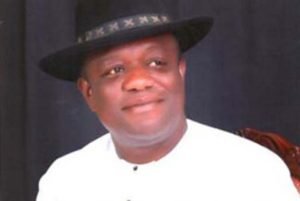 It also said in a statement by its National Secretary, Alhaji Danladi Pasali, in Abuja on Wednesday, that the threat was an attempt to disrupt the relative peace in the downstream oil sector.

Pasali described the seven-day ultimatum as an act of intimidation and an attempt to frustrate the effort by government to ensure that Nigerians had a hitch-free Yuletide.

He also urged Nigerians not to panic over the threat of MOMAN and their allies, stating that at the moment, NNPC controlled majority of the fuel available in the country and was nearly the sole importer of the products.

According to him, it is unfortunate that some groups are more concerned about their personal interest, above national interest.

He noted that though it was good for the marketers to ask for their rights, “but taking such decision to shut down the petroleum sector at this period of festivity is an act of sabotage.

“Already the Debt Management Office, DMO, has been addressing their concerns when they issued promissory notes to settle the oil marketers’ debts based on approval by the Federal Executive Council (FEC).

“The DMO in a statement recently said FEC approved the establishment of the Promissory Note Programme and Bond Issuance to settle inherited local debts and contractual obligations due to various categories of creditors, including oil marketers in July, 2017.”

Pasali appealed to the marketers to change their tactics by seeking alternative means to push for their demands rather than blackmail and sabotage.

He said, “IPMAN members are aware of the government’s efforts to settle the remaining subsidy debts and are determined to assist the government to ensure hitch-free holidays.

“IPMAN, as the oldest association of petroleum marketers and regarded as closest to the end users of petroleum products, will continue to provide services to the public throughout the holidays.”  (NAN)