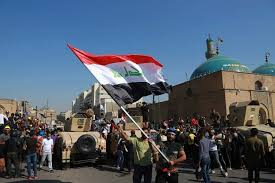 The protesters blocked the tankers that transport fuel to gas stations from entering the refinery, causing fuel shortages across Dhi Qar province, the sources told Reuters.

The refinery has a maximum production capacity of 30,000 barrels per day (bpd) but had recently only been producing between 15,000-20,000 bpd, oil sources said, which is not enough to meet the province’s fuel needs.

The rest is transported from nearby oil-rich Basra and stored in a warehouse within the refinery, which protesters have now also blocked and expelled employees from, the sources said.