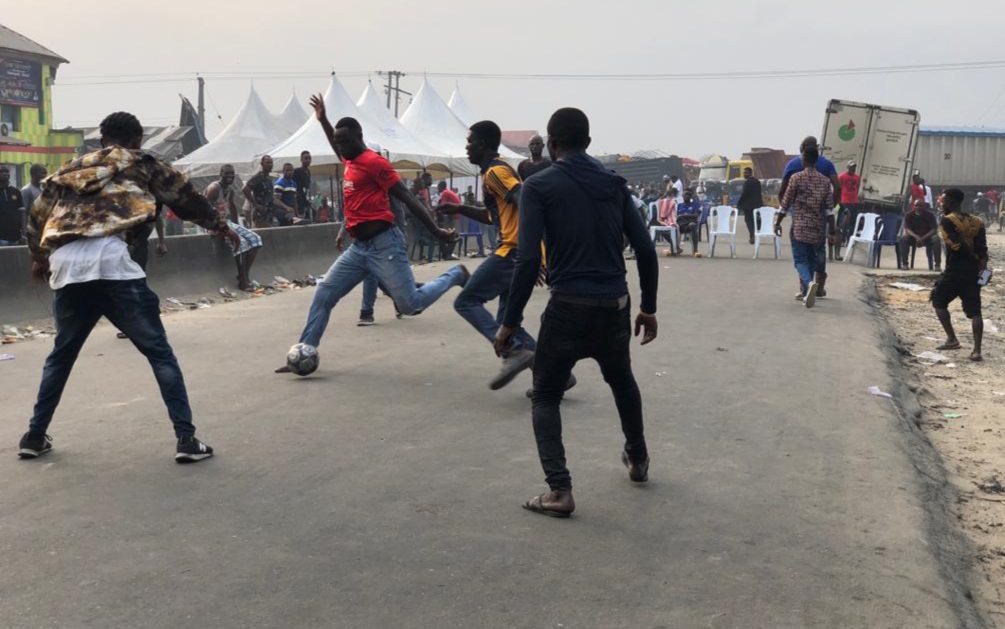 Port Harcourt — One week after protesting youths of Rivers State had shut down the Eleme section of the East-West Road over its deplorable condition, the protest has been suspended.

Recall that youths last Monday, had blocked the Eleme axis of the East-West Road with petrol trucks and other articulated vehicles demanding for the immediate reconstruction of the deplorable sections of the road by the Federal Government.

The youths maintained that an important road like the Eleme section of East-West road, which plays host to several multimillion dollars investments including the oil and gas free zone, NPA, Port Harcourt Refinery, Intels, Indorama Eleme Petrochemicals Limited, etc, should not be neglected.

On Sunday, the Chairman of Eleme Local Government Area, Mr Obarillomate Ollor, announced the suspension of the blockade while briefing newsmen.

Ollor said the suspension was imperative due to a firm commitment by the Minister of Niger Delta Affairs, Sen. Godswill Akpabio, to immediately commence reconstruction of the road.

The Minister of Niger Delta Affairs, Senator Godswill Akpabio, had appealed to protesting Rivers youths to vacate the Eleme section of the East-West road to enable contractors to commence work.

Akpabio speaking in Abuja, after a meeting with contractors handling different sections of the road, acknowledged that the youths were right to stage a protest over the delay.

The Minister, alao announced the released of additional N2.5 billion for payment of compensation to property owners along the road corridor, regretting that the initial N4.5 billion budgeted for compensation could not meet up with demands.

“The essence of this protest is to draw the attention of the government to the road. Now we are here, allow contractors to bring in equipment to commence work,” Akpabio said.