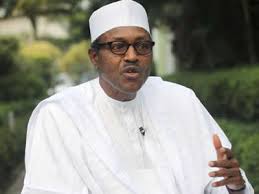 23 February 2015, Sweetcrude, Abuja – Afri-Projects Consortium, a firm that worked for the defunct Petroleum Trust Fund (PTF), has decried what is described as “mischievous and irresponsible” attempt by some officers working for the Peoples Democratic Party presidential campaign to smear the opposition candidate, Gen. Muhammadu Buhari over his tenure as Chairman of the defunct Petroleum Trust Fund (PTF).

The firm said an old report, to discredit PTF, under which it served as management consultant, was currently being bandied about by some persons.

In a statement signed by Mr. Nuruddeen Rafindadi and three others, the company, which was reacting to a statement credited to Director of Media, Peoples Democratic Party Presidential Campaign Organisation (PDPPCO), Chief Femi Fani-Kayode, said it had discharged its duties to the interventionist agency conscientiously and stayed back to give account of its services after the dissolution of the agency.

The company said the alleged statement by Fani-Kayode contained wild, mischievous, and irresponsible claims against it and the memory of one of its partners, the late Salihijo Ahmad.

According to the statement, “Mr. Fani-Kayode refers to the late Salihijo Ahmad as ‘the witness that could have nailed Buhari about the graft that took place at PTF … but died under mysterious circumstances’.”

It said it was compelled to respond to the statement by the PDP presidential campaign, not only in honour of Ahmad, but also in defense of other professionals and conscientious staff, who worked tirelessly during the PTF era.

It added that The PTF was subjected to serious investigation by three committees and several audit firms over a period of about 24 months, yet no personnel of the company was indicted for any wrongdoing.

While explaining that Ahmad died of complication from a heart-related disease, the company said even the former president, Chief Olusegun Obasanjo, has affirmed that the PTF headed by General Muhammadu Buhari was not found wanting after he was probed.

The statement further stated: “So, where is the so-called ‘graft’ that the late Salihijo Ahmad would have exposed?

“We have had occasion sometime in November 2002 to respond to a similar smear campaign related to this same report. We state categorically that after painstaking investigations, our firm and indeed, personnel were never found wanting, or to have behaved in an unprofessional manner in our dealings with the defunct PTF.

“Our name, Afri-Projects Consortium, represents and associates with a large group of patriotic Nigerian consultants whose primary aspiration is the pursuit of excellence and professional integrity. We are a non-political organisation and would ordinarily opt not to respond to such innuendoes that have political intent.

“We also believe that the members of the Board of Trustees (BoT) of the defunct PTF were all per­sons of towering characters and esteems. Their names were a roll call of honour and integrity: General Muhammadu Buhari (retd) – Executive Chairman, Mallam Yahaya Gusau, Alhaji Ahmed Talib, Chief Rufus F. Giwa, Prof. J. P. Clark, Prof. Chimere Ikoku, Chief D. B. Zang and Chief Tayo Akpata.

“All of them, except General Buhari and Prof. J. P. Clark, have passed on to the great beyond. Their integrity and blessed memory cannot possibly be denigrated by the exuberance of a director of media and publicity of a political party campaign organisation that is intent on scoring cheap points.

“The PTF was scrapped by then President Obasanjo in late June 1999, shortly after his inauguration on May 29, 1999. He set up an Interim Management Committee (IMC), headed by Dr. Haroun Adamu, to wind it up. The IMC went into a frenzy of investigation of the PTF operations and submitted a report in early 2000,” it stated.

It added that the Haroun Adamu’s report, which is now being referred to, was a report lacking in credibility and under­taken with pre-conceived notion of uncovering imaginary ‘sleaze’ by any means. “For instance, the committee’s report accused our firm of over invoicing our professional fees, and recommended a refund, whereas we had charged an amount less than 1.5 per cent of the total value of PTF projects and programmes under our management, which is a very low charge by any profes­sional fee standard.

“In March 2000, President Obasanjo, in disgust, disbanded the Haroun Adamu-led committee for incompetence and serious charges of embezzlement. Several hundreds of millions of naira of public funds stolen from the PTF were actually recovered from some members of that committee. Indeed, there were indictments, court trials and convictions of the affect­ed Haroun Adamu’s commit­tee members.

“In the subsequent year following the dissolution of the Dr. Haroun Adamu-led IMC, two other committees were set up to continue the investigation of the defunct PTF. It was under the head­ship of Malam Adamu Waziri (former Minister of Police Affairs). However, a final and comprehensive report was eventually submitted to the president. Not only were all our responses affirmed, but the government team also accepted the validity of our outstanding fees. Part of these fees was approved and subsequently paid.”