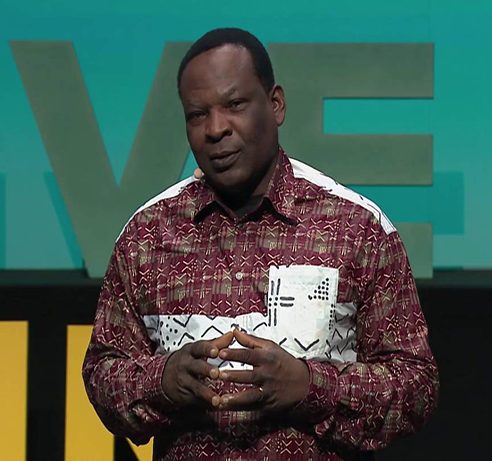 Port Harcourt — Environmental Rights Actions, ERA, has charged the Federal Government to leave crude oil exploration behind, and pursue renewable source of energy, for economic and technological development of the country.

Executive Director of ERA, Dr Godwin Uyi-Ojo, who gave the charge in Port Harcourt at the 12th National Environmental Congress, urged the Federal government to set up modalities for a transition, just as other developing countries of the world were currently doing.

Ojo affirmed that the theme of the event, ‘Beyond Oil’, was apt in tackling institutional gaps in natural resource governance in the country, as global energy landscape was witnessing fundamental changes, and some of the most rapid advances in decades.

The ERA boss called on the Federal Government to stop important vehicles using petrol by 2030.

He also charged political leaders at all levels to reflect on the future of the oil and gas industry in Nigeria, in relation to the the significance of alternative sources of energy, and dwell on the institutional governance gap, that need be addressed.

“For a country with population of about 200million, the biggest economy in Africa, this is highly obtainable. The cost of electricity generation and distribution is a key constraint in the electricity supply chain in Nigeria.

“Although Nigeria presently have an installed capacity of 12,522MW of electricity, but the deplorable transmission facilities will only permit the transmission of a fraction of the energy that is generated.”

Dr Ojo further warned that the era of oil was over, expressing worries on how Nigeria will transit from oil dependency to renewable sources of energy, which according to him, indicators show that there is hardly any institutional change to address the changes.

Earlier, Professor Fidelis Allen of the University of Port Harcourt, noted the growing problems associated with oil and gas production and its implications for institutions governance of natural resources in Nigeria.

Allen observed that mineral oil was a global commodity of significance for addressing the world’s energy needs, hence, countries that have it, such as Nigeria and members of Oil Producing ans Exporting Countries OPEC, have had their economies invested into global economy.

He, however, blamed poor leadership in the country,

“The continuous flaring of gas, failure of government and oil companies to clean up all oil polluted sites in the Niger Delta, emergence of illegal oil economy and its destructive consequences for environment and social fabric of communities, lack of basic amenities and growing inequality and tension, the society are a few areas in the life of the country, indicating failure of the governance on oil.”

Also speaking, a former Chairman, Nigerian Bar Association in Lagos, Barr Nurudeen Ogbara, regretted that since 1958 when oil was discovered in Oloibri, Bayelsa State, the government had not used the resources to achieve meaningful development, stressing that even the communities from where the oil ii extracted, have not benefitted in any way.

Ogbara who was Chairman of the occasion, urged Nigerians to face renewable energy, and tackle institutional gaps in natural resource governance in Nigeria, due to leadership irresponsibility.

He placed all the blames on the government, since it’s the body that sets the agenda, and advised government to be proactive.