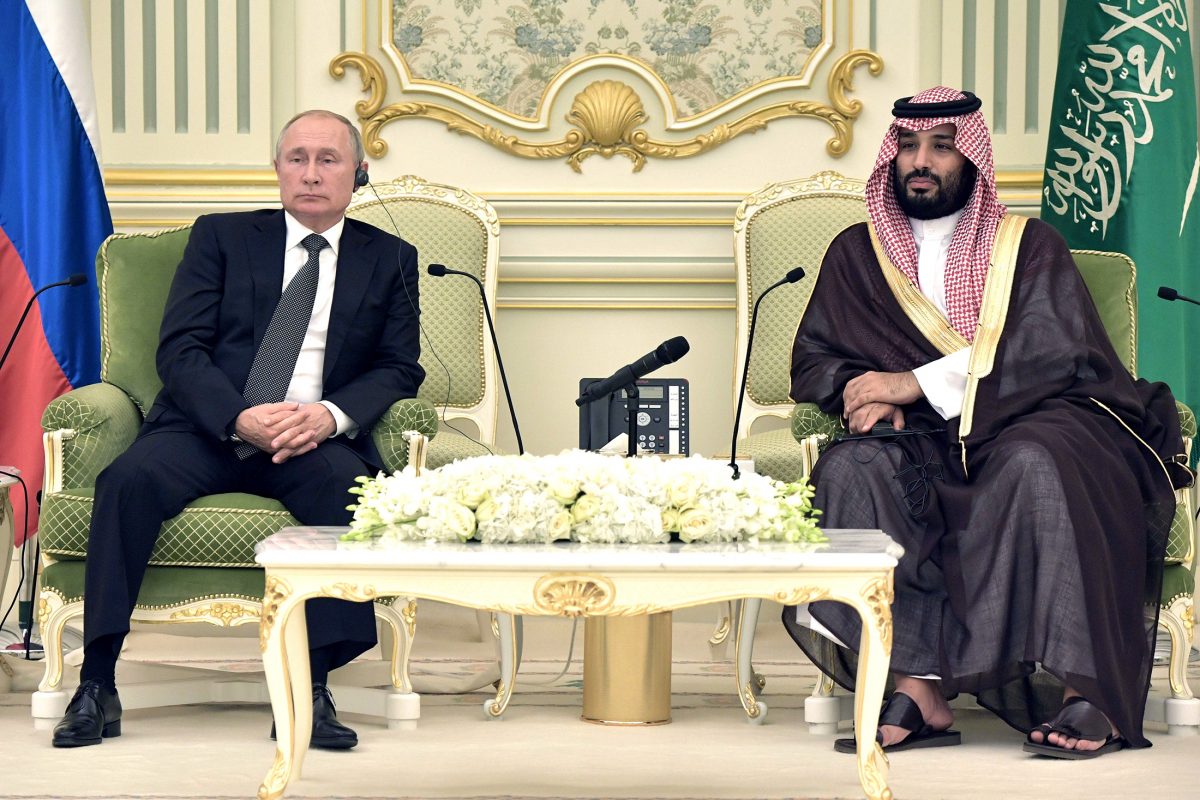 London — At 10:16 a.m. on a wet and dreary Friday morning, Russia’s energy minister walked into OPEC’s headquarters in central Vienna knowing his boss was ready to turn the global oil market upside down.

Alexander Novak told his Saudi Arabian counterpart Prince Abdulaziz bin Salman that Russia was unwilling to cut oil production further. The Kremlin had decided that propping up prices as the coronavirus ravaged energy demand would be a gift to the U.S. shale industry. The frackers had added millions of barrels of oil to the global market while Russian companies kept wells idle. Now it was time to squeeze the Americans.

After five hours of polite but fruitless negotiation, in which Russia clearly laid out its strategy, the talks broke down. Oil prices fell more than 10%. It wasn’t just traders who were caught out: Ministers were so shocked, they didn’t know what to say, according to a person in the room. The gathering suddenly had the atmosphere of a wake, said another.

For over three years, President Vladimir Putin had kept Russia inside the OPEC+ coalition, allying with Saudi Arabia and the other members of the Organization of Petroleum Exporting Countries to curb oil production and support prices. On top of helping Russia’s treasury – energy exports are the largest source of state revenue – the alliance brought foreign policy gains, creating a bond with Saudi Arabia’s new leader, Crown Prince Mohammed bin Salman.

But the OPEC+ deal also aided America’s shale industry and Russia was increasingly angry with the Trump administration’s willingness to employ energy as a political and economic tool. It was especially irked by the U.S.’s use of sanctions to prevent the completion of a pipeline linking Siberia’s gas fields with Germany, known as Nord Stream 2. The White House has also targeted the Venezuelan business of Russia’s state-oil producer Rosneft.

“The Kremlin has decided to sacrifice OPEC+ to stop U.S. shale producers and punish the U.S. for messing with Nord Stream 2,” said Alexander Dynkin, president of the Institute of World Economy and International Relations in Moscow, a state-run think tank. “Of course, to upset Saudi Arabia could be a risky thing, but this is Russia’s strategy at the moment – flexible geometry of interests.”

The First No
The OPEC+ deal had never been popular with many in the Russian oil industry, who resented having to hold back investments in new and potentially profitable projects. In particular, Igor Sechin, the powerful boss of Rosneft and a long-time Putin ally, lobbied against the curbs, according to people familiar with the matter, who asked not to be identified discussing private conversations.

The Kremlin was also disappointed the alliance with Riyadh hadn’t yielded major Saudi investments in Russia.

For several months, Novak and his team had been telling Saudi officials they liked being in the OPEC+ alliance but were reluctant to deepen production cuts, according to people familiar with the relationship. At the last OPEC meeting in December, Russia negotiated a position that allowed it to keep production fairly steady while Saudi Arabia shouldered big reductions. 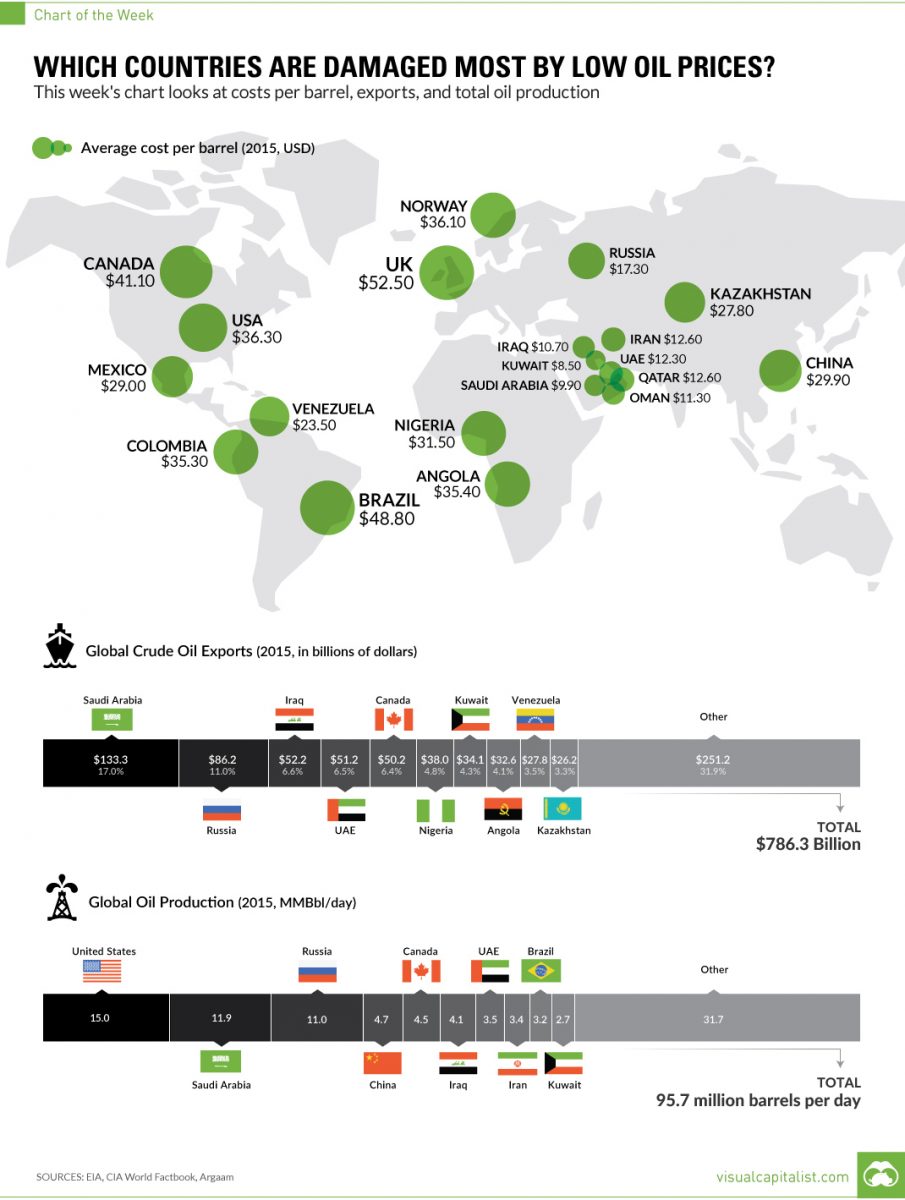 When the coronavirus started devastating Chinese economic activity in early February – cutting oil demand in Saudi Arabia’s biggest customer by 20% — Prince Abdulaziz tried to convince Novak that they should call an early OPEC+ meeting in response to cutback supply. Novak said no. The Saudi king and Putin spoke by phone ­­– it didn’t help.

As the virus spread and analysts forecast the worst year for oil demand since the global financial crisis, the Saudi camp was hopeful Moscow could be won round at the next scheduled OPEC meeting in early March. The Russians didn’t rule out deepening cuts, but kept making the point that shale producers should be made to share the pain. Putin, who has been the final arbiter of Russia’s OPEC+ policy since the alliance started in 2016, met oil Russian producers and key ministers last Sunday.

Bad Chemistry
As ministers gathered in Vienna this week, Saudi Arabia made a final effort to force Russia’s hand. They persuaded the core OPEC group to support a deep production cut of 1.5 million barrels a day, but made it contingent on Russia and the other OPEC+ countries joining in. Novak turned up last at the Vienna headquarters where his nervous counterparts were waiting for him, and refused to budge.

The crown prince even considered calling Putin on Friday, according to a person familiar with the situation. But Putin’s spokesman made clear to reporters he had no plans to get involved. As for the two countries’ oil ministers, there was no personal chemistry between them, according to a person in the room. They didn’t exchange a single smile, said another.
With every leak from the meeting the price of oil twitched, as traders slowly came to realize a deal was going to be impossible.

Priming the Pump
Rosneft is delighted with the breakup. It can now move to boost its market share, said spokesman Mikhail Leontiev.
“If you always give in to partners, you are no longer partners. It’s called something else,” he told Bloomberg. “Let’s see how American shale exploration feels under these conditions.”

But the decision to take on shale could backfire. While many drillers in Texas and other shale regions look vulnerable, as they’re overly indebted and already battered by rock-bottom natural gas prices, significant declines in U.S. production may take time. The largest American oil companies, Exxon Mobil Corp. and Chevron Corp., now control many shale wells and have the balance sheets to withstand lower prices. Some smaller drillers may go out of business, but many will have bought financial hedges against the drop in crude.

In the short run, Russia is in a good position to withstand an oil price slump. The budget breaks even at a price of $42 a barrel and the finance ministry has squirreled away billions in a rainy-day fund. Nonetheless, the coronavirus’s impact on the global economy is still unclear and with millions more barrels poised to flood the market, Wall Street analysts are warning oil could test recent lows of $26 a barrel.

In Saudi Arabia, where the government is almost entirely dependent on oil to fund government spending, the economic impact will be immediate. Prince Abdulaziz and his half-brother Crown Prince Mohammed will have every incentive to boost production to maximize revenue as prices fall.
“Prices will fall until either Moscow or Riyadh call off the endurance contest” or North American production is massively curtailed, said Bob McNally, president of Rapidan Energy Advisors and a former National Security Council staffer.

Relations between the two energy ministries remain cordial and the diplomatic mechanisms of the OPEC+ group are still in place, keeping the door open in case the two sides do decide to reunite. Novak told his peers on Friday that OPEC+ isn’t over.

But a photo of the conference room after the delegates had left hinted at a different story: The small Russian flag by Novak’s seat had been knocked over. And Prince Abdulaziz left his counterparts with a grave warning: Trust me, he told them, according to a person in the room. This will be a regrettable day for us all.