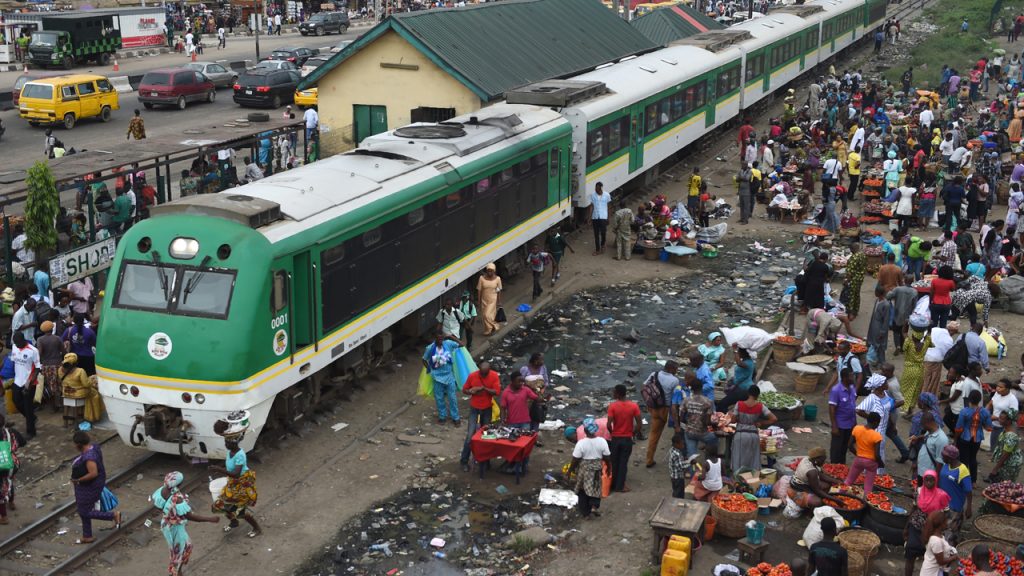 14 December 2017, Sweetcrude, Lagos — As part of efforts to decongest vehicular traffic in Lagos and facilitate cargo evacuation from the ports, the federal ministry of transport and the Lagos state government have reached an agreement to demolish and reconstruct two bridges.

Minister of Transportation, Rotimi Amaechi disclosed that he had earlier met with Governor Akinwunmi Ambode of Lagos state where it was agreed that the bridges would be demolished and reconstructed soon.

The two bridges in Jibowu and Ojuelegba had been penciled down for demolition and reconstruction to pave way for the construction of a standard gauge rail line, adding that some other obstructions include the gas pipelines, drainages and water pipes in Lagos.

He said the contractors handling the Lagos – Ibadan standard gauge rail, the China Railway Construction Company (CRCC) have no choice than to deliver the project by December 2018.

The Minister, however, said the biggest challenges to the smooth take-off of the project were obstructions in Lagos and some areas in Ogun State, saying the challenges were worse in Lagos.

Amaechi stated this while carrying out an on-the-spot assessment of the project areas in Ogun state alongside other members of the Project Steering Committee and representatives of the CRCC.

The inspection took the team to Ijoko, Itori, Awado, and Papalanto all in Ewekoro Local Government Area of Ogun state from the Nigeria Railway Corporation (NRC) compound in Ebute-Metta areas of Lagos.

He added that the Ministry is working with the Nigerian National Petroleum Corporation (NNPC) to resolve the issue with the gas pipelines.

He told the contractors to speed up the construction work, saying the December 2018 target for the delivery of the project remains sacrosanct.

“That’s why I am telling them I am not accepting the speed at which we are going. I am a layman, the chairman of NRC Board is an engineer, the Managing Director is an engineer but they should have started laying the tracks in some areas and that I have not seen, even though in one month we can lay all the tracks but let me say that we are ready to lay the tracks”.

He assured that all the challenges encountered in the course of the project would be duly addressed.

The Minister added, “If they are not addressed then there would be no rail line. We have a target date. There is no way you can do construction without challenges in different forms and kinds and you have to address them.

“Yesterday I was on a tour with the Governor of Lagos State and we have agreed that the two bridges will come down.

“Our target is December 2018. Whatever we meet we face. Don’t pre-empt us. Supposing we are not on tour with you, how would you have known those challenges? Just be rest assured that we are chasing the Chinese to finish in 2018. Don’t forget the contract is three years. That’s their own agreement but our own agreement is we need it in 2019 January.”