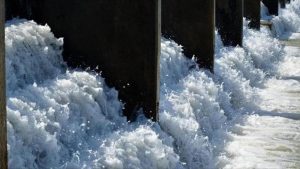 Norway produced 94.7 percent of its electricity from hydropower in June.    (Photo: aa.com)

Rain was so scarce over the summer that the Norwegian Lutheran Church asked believers to light candles and pray for rain.

Water had begun flowing into reservoirs more quickly in the last two weeks, although the power market was still in deficit, the water resources and energy directorate (NVE) said in a statement.

“However, in NVE’s view, there is no danger of security of supply next winter,” the regulator said.

The NVE said that despite the lower-than-normal reservoir filling rate, the reservoirs still contained a lot of water and if necessary, Norway could import power through connections with Sweden, Denmark and the Netherlands.

However, the NVE said the content of the reservoirs was 18 percentage points lower than normal and “will most likely not reach the norm this year.”

Even though security of supply will not be at risk, Norway’s regulator said it expected reservoir levels to hit a record low during the winter.

Norway’s power imports exceeded its exports in several days during the summer, as its hydropower-driven power price topped those of its Nordic and continental Europe neighbours.