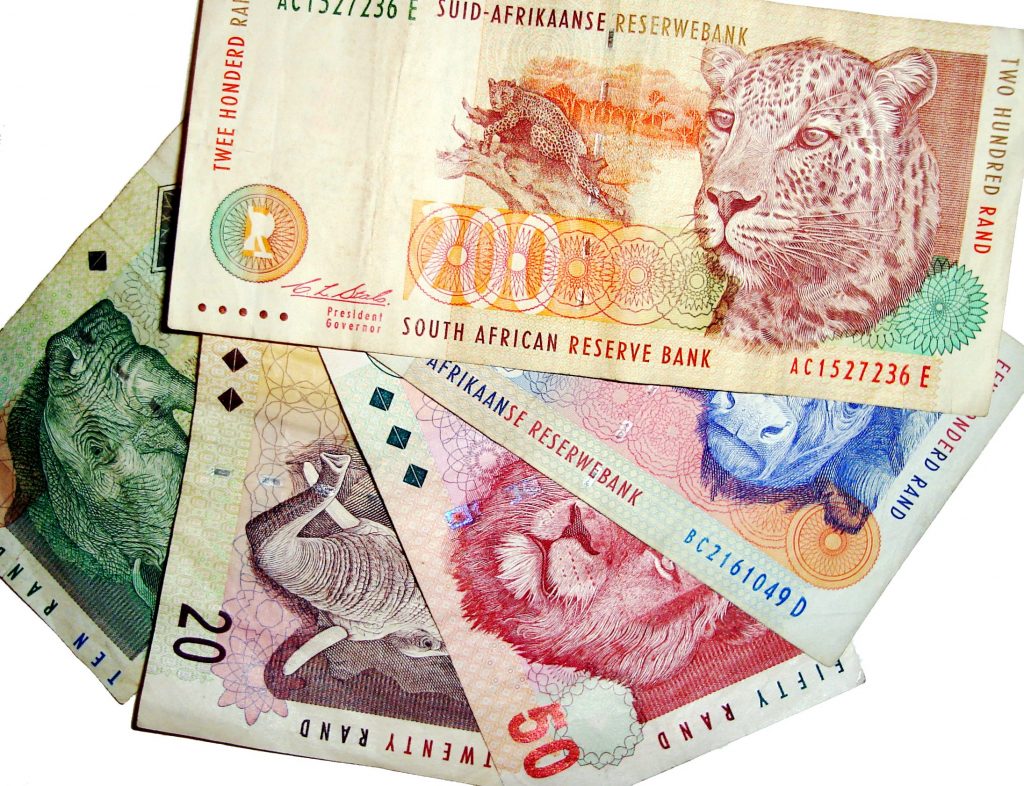 27 October 2017, Johannesburg — The rand slid to the lowest in more than six months after South Africa forecast wider fiscal deficits over the next three years.

The currency fell for a fourth day against the dollar as Finance Minister Malusi Gigaba painted a bleak picture of the state of the country’s finances in his first mid-term budget on Wednesday, with growth and revenue set to fall well short of projections made in February. Yields on the nation’s bonds rose as the projections raised the risk of further credit-rating downgrades, with the nation’s debt already rated junk by S&P Global Ratings and Fitch Ratings Ltd.

The mid-term budget comes a week after President Jacob Zuma rattled markets by shaking up the cabinet for the second time in seven months. Slow economic growth is hampering the state’s ability to meet its revenue targets, and any further rating downgrade could spur capital outflows out of the nation.

“Although it is of some small comfort that the Treasury brought realism into its projections, the fact remains that the country faces alarming consequences in growth, fiscal performance, and financial market stability stemming from possible credit rating downgrades,” said Phoenix Kalen, an emerging-market strategist at Societe Generale in London. “Although there may be a slight bounce after today’s sizeable slide, the bias on the rand is for further weakness in the lead-up to the December ANC conference.”