on: November 13, 2017In: Community Development, featured 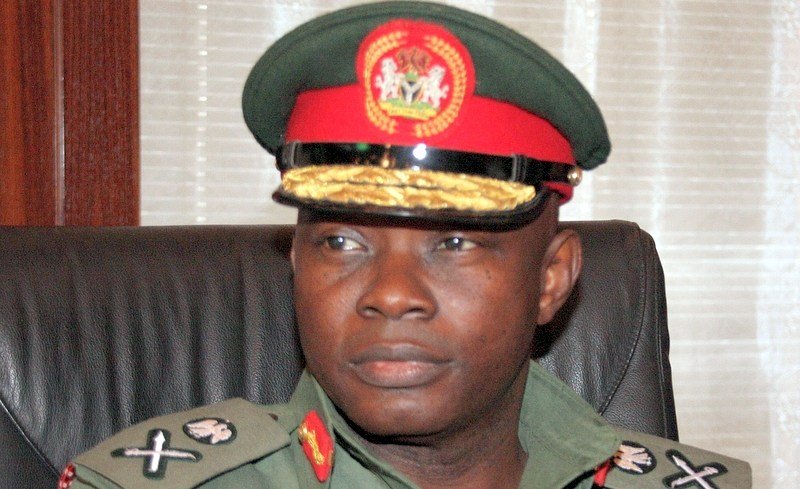 12 November 2017, Sweetcrude, Abuja – The Chief of Defence Staff (CDS), General Abayomi Olonisakin, has said the armed forces will take every necessary step to prosecute threats of violent agitation against the country.

Speaking yesterday at the base of the Nigerian Navy Ship (NNS) Delta in Warri, during the commissioning of 20 new 400 horsepower gunboats, newly procured by the Nigerian Navy, he lamented the continued threat posed to the nation’s maritime interests by activities of criminal elements.

He explained that the reason the Niger Delta environment had come under heavy military watch in recent years was due to the growing agitations and militancy by youths of the region, including the new threat of violence by the Niger Delta Avengers (NDA), noting that violent agitation is unconstitutional and would not be allowed to go unchecked.

Olonisakin bemoaned the level of threats and violence in the Niger Delta region which has attracted the massive presence of the military among civilian populace.

He specifically recalled the recent threats to resume hostilities by members of the Niger Delta Avengers (NDA), saying it cast an unfortunate blow on the well being of the region and served as a sad commentary on the collective security of the environment.

The Defence chief noted that although there’s the inalienable right of any group to agitate, agitation laced with violence was rather unconstitutional and would be resisted.

Appraising the current security threats and the adverse effects they pose, Olonisakin said, “Today, our nation is challenged by multifaceted threats from both continental and maritime fronts with great manifestations.”

Coming landward, there has been continued militarization of the Niger Delta and the proliferation of weapons among non-state groups.

This unsavoury state of affairs has ominously ended up in a sharp increase in threat level and deepening in conditions inimical to security.

The new maritime that expanded in recent times and had developed a new ways and means. They pose a serious and continued danger with potential for asymmetric and high hybrid warfare.

The factors have complicated the nation’s maritime security environment. Increased tension in an area of interest can adversely impact on maritime security and pose great threats for those living in the area.”

According to him, “within the section of this great review, I’m constrained to recall with regrets the continued consideration of violence, threats of violence (sic) of our differences.

The recent purported declaration with intent to resume hostilities by the Niger Delta Avengers rather casts an unfortunate blow on the wellbeing of the region and serves a sad commentary on the collective security of the environment.

He expressed satisfaction with the induction of the gunboats, adding that their addition to the platform of the Central Naval Command would boost the general preparedness of the command against security threats.

The CDS lauded President Muhammadu Buhari for his ‘unyielding support’ for the armed forces while urging the Navy to put the gunboats to good use as it has been doing in recent past.

On his part, the Chief of Naval Staff (CNS), Vice Admiral Ibok-Ekwe Ibas, said with the provision and induction of the gunboats of two 200hp outboard engines each, criminals in the maritime domain of the Central Naval Command would face hard days ahead.

Ibas, who only last week came on inspection of platforms of the force, warned criminal and saboteurs of critical economic assets in the Niger Delta to find a legitimate means of livelihood or be ready to face the battle ready personnel of the force.

In Warri, the military chief, who was in company of a huge number of senior members of the nation’s armed forces, including the Chief of Naval Staff, Vice Admiral Ibok-Ete Ibas, the Flag Officer Commanding (FOC), Central Naval Command, Rear Admiral Abubakar Alhassan, the Commander of the Joint Task Force (JTF) Operation Delta Safe (OPDS), Rear Admiral Apochi Suleiman, the Commander of the NNS Delta, Commodore Ibrahim Dewu, and many others, commended the navy for living up to its task in the Niger Delta region.

He said, “Recent purported declaration of intent to resume hostilities by the Niger Delta Avengers rather casts an unfortunate gloom on the well being of the region and serves a sad commentary on the security environment. While the right to agitation is inalienable to any group, its association with violence is unconstitutional and will always be strictly prosecuted by the armed forces.

“In this regard, I note with satisfaction that in synergy with other arms of the armed forces, the Nigerian Navy has continued to maintain effective deterrence and appropriate operational posture.”

In his remark, the Chief of Naval Staff, Ibas, said out of the 20 gunboats, 16 were locally sourced; built by the Epenal Group of Companies Limited, adding that the other four were bought from South Africa.

The event was graced by many dignitaries, including the Secretary of the Delta State Government, Festus Ovie Agas, who represented the governor, Dr. Ifeanyi Okowa; the Olu of Warri, HRM, Ogiame Ikenwoli; the Orodje of Okpe Kingdom, HRM Major-General Felix Mujakperuo (rtd.); the Pere of Ogulagha Kingdom, HRM Joseph Timiyan; Pere of Ogbe-Ijoh Warri Kingdom, Couple Oromoni; the representative of the Pere of Gbaramatu Kingdom and spokesman of the Gbaramatu Traditional Council, High Chief Godspower Gbenekama, and many others.