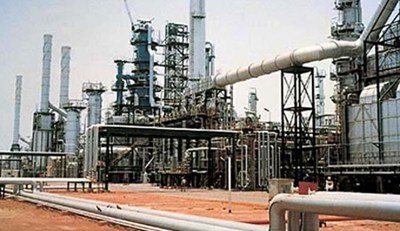 *Kaduna Refining & Petrochemicals Company, a subsidiary of the NNPC.

According to data obtained from the Nigerian National Petroleum Corporation’s (NNPC), Monthly Financial and Operations Reports for June 2020, this represented a slight improvement compared with N77.415 billion deficit in the first half of 2019.

The NNPC explained that no white product — Premium Motor Spirit (PMS), also known as petrol, and Dual Purpose Kerosene (DPK) — was produced in June 2020 and apparently for the past twelve consecutive months.

According to the corporation, in June 2020, the three refineries processed no crude and combined yield efficiency of the facfilities is 0.00 per cent, owing largely to on-going rehabilitation works in the refineries.

The NNPC added that the declining operational performance was attributable to ongoing revamp of the refineries which was expected to further enhance capacity utilisation once completed.

The NNPC revealed that it had been adopting a Merchant Plant Refineries Business Model since January 2017, noting that the model takes cognisance of the products worth and crude costs.

“In May 2020, NNPC lifted 5.112 million barrels of crude oil from the daily allocation for domestic utilization translating to an average volume of 170,429 barrels of oil per day in terms of performance. In order to meet domestic product supply requirement for the month of May 2020, the entire 5.113 million barrels were processed under the Direct-Sales- Direct Purchase (DSDP) scheme while no deliveries to the domestic refineries for processing.”