Reform at NSE will make it more attractive – Saraki 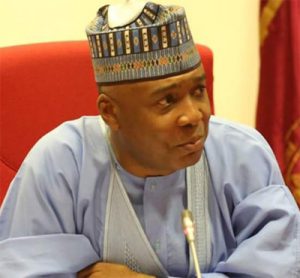 30 May 2018, Sweetcrude, Abuja – President of the Senate, Dr. Bukola Saraki, says the upper chamber of the National Assembly is looking into the reform of the Nigerian Stock Exchange, NSE, to make it more attractive.

He revealed this when the President of the Lagos Chamber of Commerce and Industry, LCCI, Mr. Babatunde Paul Ruwase, led other executive members of the Chamber on a courtesy visit to the senate president.

According to Saraki, the 8th Senate has been keen on working with the private sector to improve the nation’s economy and business environment right from its inception in 2015.

He said the Senate with the collaboration of major players in the private sector had identified a number of critical laws that required urgent review to improve the ease of doing business in the country, most of which have now been passed and signed into law.

“There are some bills that are still pending like the the Investment and Securities bill where there is a major amendment that we hope to pass very soon. We are also looking into the reform of the Stock Exchange to make it more attractive and also in line with  global best practice,” he stated.

Saraki said the aim of the Senate is to strengthen the economy and be able to provide jobs for the youth through legislation.

Speaking during the visit, Mr. Ruwase lauded the passage of the Companies and Allied Matters Act, CAMA, amendment Bill by the Senate.

He said that CAMA will greatly boost and increase the viability of small businesses in the country.