01 September 2018, Sweetcrude, Lagos — The unconventional horizontal wells that were refractured in Haynesville of Louisiana state in the US during 2017-2018 showed a wide variance in economic performance among operators.

This highlights the need for refracturing techniques to evolve to increase success cases for operators, says leading data and analytics company GlobalData.

A total of 56 wells, which were initially completed between 2008 and 2013, were refractured in Haynesville over the last two years. They had an initial production rate (IP rate) ranging from 320 barrels of oil equivalent per day (boed) to 3,500 boed. The best outcomes are for wells for which their production rate after refracturing is higher than the initial rate.

Out of the total, the 40 wells refractured by QEP Energy showed a good performance, however, in many cases, productivities were improved with respect to original rates. Indeed, a total of 22 wells recompleted by QEP Energy reached production rates of at least 1,700 boed, compared to their first IP rate of no more than 1,690 boed.

By contrast, Chesapeake recompleted three wells in 2017 with a poor performance since production rates barely reached 1,000 boed, nonetheless new wells that were recently turned in line by the operator show production rates of approximately 1,740 boed.

The recompleted wells in Haynesville that achieved an improved recompletion rate have a break-even gas price of US$2.54 per thousand cubic feet (mcf) and a net present value (NPV) of US$7.38 MM. 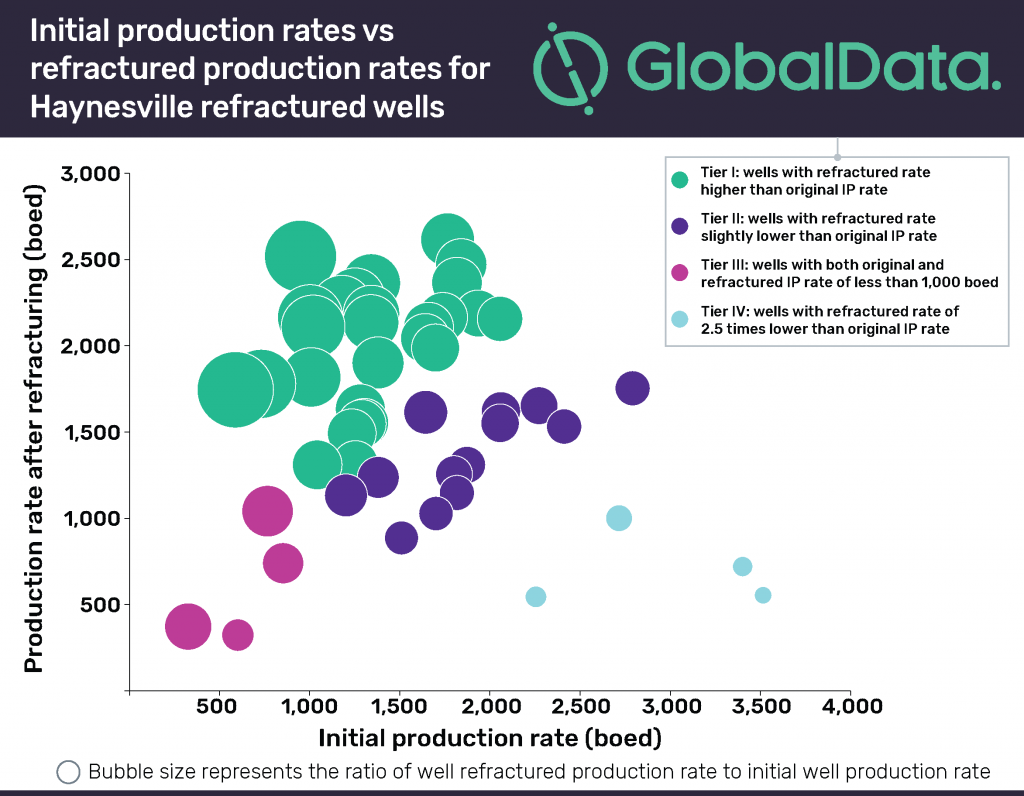 However, for some operators, their new wells drilled have better economics than recompleted wells. For instance, Covey Park wells have in average a break-even gas price of US$2.71 per Mcf versus US$3.12 per Mcf for its refractured wells, and an NPV of more than US$3.5 MM, higher than the one for recompleted wells.

Lara concludes: “Refracturing techniques will need to continue to evolve in Haynesville to increase the success cases and support a shift where refracturing producing wells is as important in the operator’s strategy as is drilling new ones.”