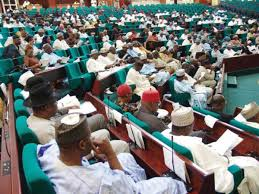 17 December 2016, Sweetcrude, Abuja – The House of Representatives Ad-hoc Committee investigating power assets have queried the Bureau of Public Enterprises (BPE) and Abuja Electricity Distribution Company (AEDC) over the sale of Transmission Company of Nigeria and others.

The committee, led by Rep. Ahmed Yerima, had requested that the Director-General of the BPE and the AEDC management provide documents on the value of assets of the TCN and other power stations sold by the agencies.

Yerima had told the DG’s representative, Mr. Amaechi Aloke, that the memorandum he submitted showed that the TCN assets were undervalued prior to its sale.

The BPE representative, in his defence, said there was a public advertisement that called for expression of interest before the pre-qualification of the company as the preferred bidder.

Aloke told the committee that Manitoba International Company Limited of Canada became the preferred bidder after the pre-qualification and bidding of four companies that were done transparently.

He also explained that the essence of the bidding process was to get the lowest bidding contractor, with the requisite expertise, to take over and manage the power station.

The chairman and committee members expressed dissatisfaction with the documents submitted by the agencies invited.

The committee, therefore, requested for the letter of no objection from the other companies that participated in the bidding of the TCN power assets before the sale.

The committee chairman, who quoted the 1999 Constitution, said that the house had powers to cause investigation into any matter, person or authority in which the National Assembly had powers to make laws for good governance of the federation.

He added that the house resolution on the ongoing investigation into the sale of power assets by the BPE was to represent the interest of the over 170 million Nigerians.