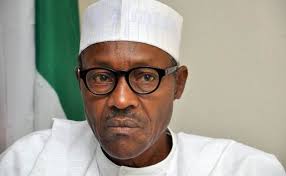 23 August 2016, Lagos – Having frittered away billions of naira of state funds in the search for crude oil in the north, the federal government should adopt the successful models used in the Niger Delta, Anambra and Dahomey Basins by incentivising oil companies to embark on exploratory activities in new frontiers. Ejiofor Alike reports

The Niger Delta, which largely dominates the oil-rich Gulf of Guinea, did not join the league of other oil-producing regions in the United Kingdom’s North Sea, United States’ Gulf of Mexico and the Middle East’s Persian Gulf through the efforts of the federal government or the Nigerian National Petroleum Corporation (NNPC).

It was the private sector-led initiative that catapulted the Niger Delta to its current influential position in the global energy dynamics.
The NNPC, which started as the Nigerian National Oil Corporation (NNOC), established by Decree No. 18 of 1971 before the NNPC Decree of 1977 was promulgated, did not initiate the search for crude oil in Nigeria.

Exploratory activities in the country reportedly started in Araromi and Okitipupa areas of the old western region by a German company, Nigerian Bitumen Corporation in 1908, even though there was no discovery before the company’s activities were halted by the First World War in 1914.
Shell D’Arcy, a consortium owned by Royal Dutch Shell and British Petroleum, took over the exploration activities in 1937.

In 1938, the British colonial masters awarded the sole concessionary rights or exploration license to prospect for oil in the whole of Nigeria in 1938 to the Shell-led consortium.
In other words, the whole land in Nigeria became Shell’s oil block.

Shell’s efforts, which were interrupted by the Second World War in 1945, later resumed in 1947 and with an investment outlay estimated at about N30 million spread over nearly two decades, Shell discovered crude oil in commercial quantities at Oloibiri area of Bayelsa State in 1956.
After it discovered oil in 1956, the company’s license area, which initially covered the whole country, was restricted to only 40,000 squares miles in 1957.

The company recorded first shipment of oil from the Oloibiri fields in 1958, after ramping up production at average of 5,100barrels of crude oil per day.
Shell’s success attracted other multinational oil companies from the United States, Italy and France to join the exploration efforts in the country.

Discoveries in new basins
Apart from the prolific Niger Delta, the efforts of the private sector led by Orient Petroleum Resources had also paid off in Anambra Basin with the discovery of about 30 trillion cubic feet of gas and one billion barrels of crude oil, according to the initial estimates by the Department of Petroleum Resources (DPR).
Some of the confirmed wells were discovered at Oroma-Etiti in Anambra West and Otuocha in Anambra East council areas of the state.

Seven Energy’s Oil Prospecting Leases (OPLs) 905, 907 and 917 are also located in the Anambra basin and these fields contain existing seismic evaluations and undeveloped gas discoveries.
Already, Orient Petroleum Resources is building a refinery in in Anambra to refine part of the crude oil into petroleum products.

Following the hydrocarbon discovery in the Anambra Basin, former President Goodluck Jonathan had on August 30, 2012 declared the state the 10th oil bearing state in the country.
Former President Jonathan had while inaugurating the Orient Petroleum’s Anambra River Production Facility in Aguleri-Otu, in Anambra East Local Government Area, said the discovery of oil in the area had catapulted Anambra into the league of oil-producing states such as Akwa Ibom, Cross River, Rivers, Bayelsa, Abia, Imo, Ondo, Delta and Edo.

Very recently, private sector-led efforts also catapulted Lagos State into the league of oil-producing states when Yinka Folawiyo Petroleum led other private investors to strike oil in Dahomey Basin after 25 years of exploration, without the NNPC contributing a dime.

After spending 25 years exploring for hydrocarbon resources off the coast of Lagos, Yinka Folawiyo Petroleum, in partnership with Panoro Energy ASA and First Hydrocarbon Nigeria (FHN) Limited, among others, made Lagos to join the league of oil and gas producing states in the country.
Crude oil production commenced from the Aje oil field located in Oil Mining Lease (OML) 113, offshore Lagos, on May 3, 2016.

Aje is expected to peak at 12,000 barrels of oil per day, and the flow rates would also increase as more wells are drilled on the field.
Located in the extreme western part offshore Nigeria, adjacent to the Benin border in the Dahomey Basin, the field is situated in water depths ranging from 100 to 1,500 metres, about 24 kilometres from the coast.

The Aje partnership, which was formed in August 2013, is made up of private sector players – Yinka Folawiyo Petroleum (operator), New AGE (African Global Energy), FHN, Energy Equity Resources (EER), Panoro, and Jacka Resources, with no financial contribution from the NNPC or the federal government.

‘Political’ search for oil in Chad Basin
Having used the private sector to successfully explore and discover crude oil in the Niger Delta, Anambra and Dahomey Basins, it is increasingly strange that the federal government through the NNPC has continued to fritter away billions of Naira of state funds in what is regarded as political, rather than economic search for crude oil in the Chad Basin.

President Muhammadu Buhari recently directed the NNPC to also extend the search to Benue Trough.
In geological parlance, the Benue Trough is a major geological formation underlying a large part of the country, extending about 1,000 kilometres North-East from the Bight of Benin to Lake Chad.
Before this latest directive, President Buhari had directed the corporation to speed up its prospect for oil in the Chad Basin and Kolmani River, following the reported discovery of hydrocarbons by Shell in the area.

“Very close home, we have exploration activities on the Frontier Basin, that is, in the Chad; and there are some areas close to the Kolmani River where Shell has made indicative discovery of hydrocarbons and Mr. President has directed me to go into that area to further explore the magnitude and prospects of those finds,” NNPC’s Group Managing Director, Dr. Maikanti Baru had told a Benue State Government delegation in his office.

In line with the directive, Baru said the corporation would reinvigorate its frontier exploration and collaborate with the Northern Nigeria Development Company that is holding Block 809 where some of the finds had been found.

Though the search for oil and gas in the north is a welcome development, the use of state funds is a misplaced priority and many oil industry stakeholders, including the Ijaw Youth Council and the Urhobo Monitoring and Development Group had reportedly faulted this exercise.
Most oil and gas industry players believe that the NNPC had resumed exploratory activities in the Basin for political reasons, after its initial efforts that led to the drilling of 23 abandoned exploratory wells failed.

NNPC has over the years lost millions of dollars in its search for crude oil in the Chad Basin, without any strong indications that the efforts would yield positive results.
Six of the 23 wells were said to be located few kilometres north of the palace of the late Shehu of Borno, Alhaji Mustapha Umar El-Kanemi in Gajiganna.

The renewed search is hinged on the fact that oil was discovered in bordering regions of Chad, Niger and Cameroon.

But a geologist with one of the International Oil Companies (IOCs) had told THISDAY that the search for oil in the Chad Basin would not yield any positive results, as “the basin is too young to contain hydrocarbons”.

“Chad Basin is too young to contain hydrocarbons. The basin is deeper in Chad Republic but very shallow in the Nigerian side. It does not have the required temperature and pressure to form oil because it is shallow. That is why all the exploration work there is done by the NNPC because no oil company will go there to waste money. The government knows that but the NNPC has to remain there because of politics,” he said.

The acquisition of 3-Dimensional seismic data, which was being carried out by the NNPC was said to have been disrupted by the Boko Haram insurgency at the project site at Kukawa near Lake Chad.
Statistics obtained by THISDAY showed that the NNPC had acquired 370 square kilometres of seismic data between January and May 2010 with a target to achieve 530 square kilometres by December 31, 2010 before activities were interrupted.

The total volume earmarked for acquisition at the Chad Basin operations of the NNPC was 3,550 square kilometres under a 12-phased programme, the statistics revealed.
Of the 12 phased 3D seismic data acquisition programme, Phase 5 covering 252 Square Kilometres had been concluded.

The corporation had engaged Chinese investors, who discovered oil in the neighbouring Niger and Chad in the crude exploration in the Chad and Sokoto basins.

NNPC’s New Frontier Exploration Division had also worked in consultation with a renowned Geophysicist and Consultant to the United Nations, Prof. Deborah Ajakaiye who led a team of Nigerian and foreign Geologists/Geophysicists in the search for hydrocarbon deposit in the Nigerian Frontier Inland Sedimentary Basins (NFISB).

The search also covers extensive inquest in the entire Nigerian Frontier Sedimentary Basins which includes- the Anambra, Bida , Dahomey , Gongola /Yola and the Sokoto Basins alongside the Middle/Lower Benue Trough.

It is the wish of every Nigerian for oil to be found in all the states of the Federation but this is clearly impossible.

The government should not waste resources in the politicisation of the search for oil in every nook and crannies of the country.
If it is a worthwhile business venture, the private sector should be incentivised to lead the exploratory efforts in the new frontiers.