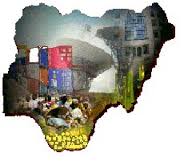 According to the NBS, this is the first quarterly positive trade balance to be recorded since the fourth quarter of 2015

Total export was valued at N2.98 trillion compared to N2.43 trillion in the previous quarter. Total import, however, fell to N2.31 trillion in Q4, representing 6.1 percent decrease from N2.46 trillion in Q3.

According to the NBS, the much faster rise in the value of exports relative to the rise in imports brought the country’s trade balance to N671.3 billion during the review period, showing a stark improvement from the negative trade balance of N-136.0 billion recorded in the preceding quarter.

In Q4, however, India, the Netherlands, and the United States of America accounted for 16 percent, 11.2 percent and 10.6 percent of total exports respectively.

On the other hand, China, Belgium, and the Netherlands accounted for 17.5 per cent, 15.4 percent and 10 percent of Nigeria’s import in Q4.

The natural liquefied gas recorded N351.4 billion of the total export value during the period under review.