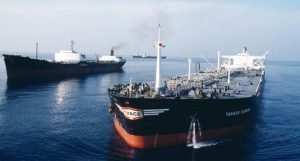 18 May 2018, Sweetcrude, Lagos — Following rising oil prices at the international market, the National Assembly on Wednesday increased oil benchmark in the 2018 budget from $45 per barrel to $51 per barrel. The increase was made while passing the Appropriation Bill into law.

According to the Senate Appropriation Committee Chairman, Danjuma Goje the increase of N6pb was done in collaboration with the Executive.

As a result, estimated expenditure proposed by the President Muhammadu Buhari six months ago was also raised to N9,120,334,988,225, an increase of N508 billion.

He further explained that the oil production level and exchange rate were left the way the Executive proposed.

International oil benchmark, Brent hedged up to $80.03 per barrel on Thursday from $79.33 at previous closing.

Findings by SweetcrudeReport on Monday showed that Nigeria’s crude oil grade, Bonny Light, increased by $5.70 between March and April this year.

According to statistics from the newly released OPEC’s Monthly Oil Market Report, MOMR for May released on Monday, Bonny Light climbed from $67.05 in March to $72.75 in April, making it an 8.5 percent increase in price, thanks to the cuts by the Organisation of the Petroleum Exporting Countries, OPEC, and its partners.

The OPEC cuts which saw cutbacks of 1.8 million barrels per day of output, had achieved a 149 percent commitment in April, according to statistics by the Secretariat in Vienna.

Global oil glut is almost eliminated, according to OPEC, further supporting prices, and producers were cutting more than required under the deal.

The main goal of the supply deal was to reduce excess oil stocks to the five-year average.

However, despite extending the cuts twice, OPEC and its partners have shown further commitment to proceed with the Declaration of Cooperation, DoC, into 2019.

Venezuela, whose output has plunged due to an economic crisis, told OPEC its production fell to 1.505 million bpd in April, believed to be the lowest in decades.

Top exporter Saudi Arabia told OPEC it cut output by 39,000 bpd to 9.868 million bpd, which is the lowest since the supply cut deal began, based on figures Riyadh reports to the group.