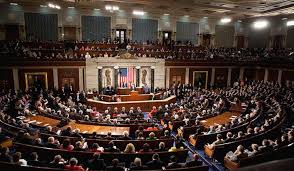 02 October 2018, Sweetcrude, Lagos — The United States Congress is currently debating a bill that will allow it to sue the Organization of the Petroleum Exporting Countries, OPEC following rising oil prices, a report by Reuters has said.

A U.S. Senate subcommittee on Wednesday will hear testimony on the bill titled, No Oil Producing and Exporting Cartels Act, or NOPEC- to withdraw the immunity OPEC members have been enjoying over the decades that had protected it from U.S. legal action.

The bill would change U.S. antitrust law to allow OPEC producers to be sued for collusion; it would make it illegal to restrain oil or gas production or set those prices – removing sovereign immunity that U.S. courts have ruled exists under current law.

International benchmark, Brent had hit $83.27 a barrel on Monday in preparation for looming sanctions against Iran, which will start targeting its oil sector from November 4.

There have even been some predict that Brent could reach $100 a barrel any time soon.

Before now, past U.S leaders have put down the bill however, analysts say the bill might soon become law, especially because President Trump is vehemently against OPEC’s strategy of cutting market supply to boost prices.

“OPEC is a pet peeve for him,” said Joe McMonigle, senior energy policy analyst at Hedgeye Potomac Research. “Everybody thinks he could easily support NOPEC.”

Wednesday’s hearing before the Senate Subcommittee on Antitrust, Competition Policy and Consumer Rights could give insight into the executive branch’s stance, McMonigle said.

One of the witnesses will be Makan Delrahim, assistant attorney general for the Justice Department’s Antitrust Division, who has written in support of such legislation.