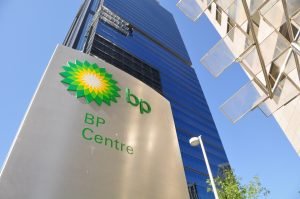 03 May 2018, News Wires – UK-based energy giant and LNG player BP reported a sharp increase in profit during the first quarter as oil and gas production climbed.

BP’s underlying replacement cost profit, the company’s version of net profit, for the first quarter of 2018 was $2.6 billion, compared with $1.5 billion for the same period in 2017, a rise of 71 percent.

Speaking of the results, BP’s chief executive, Bob Dudley noted the company’s “underlying profit was up 23% on the previous quarter and was our best quarterly result in three years.”

Oil and gas production was 3.7 million barrels of oil equivalent a day in the quarter, 6 percent higher than the first quarter of 2017.

BP’s chief financial officer, Brian Gilvary added that the strongest quarterly results in three years by the company are not only attributable to oil prices that have been the highest for three years, but also to rising production and the ramp-up of seven major projects that BP brought on stream last year.

He added that the company has six major projects to start up this year which are expected to maintain the company’s momentum.