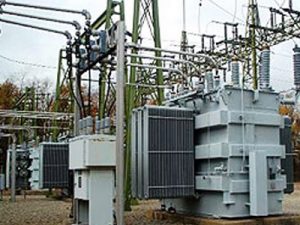 23 September 2018, Sweetcrude, Port Harcourt — The Rivers State House of Assembly has expressed its readiness to make a law that will address the problem of power supply in the state.

Chairman, House Committee on Power, Mr. Abinye Pepple, disclosed this during a one-day power infrastructure summit held at the main auditorium of the State Assembly complex in Port Harcourt.

The lawmaker representing Bonny Constituency, further assured that the eight Assembly will not relent in ensuring that the problem of power supply was address in the state.

According to him, “This event was necessitated because of the eight Assembly find it very necessary and important to advocate ways that will address the issue of power assets vandalism.

“We must protect power infrastructure in Rivers State and accross the Niger Delta, and the only way I believe we can do that is to articulate critical stakeholders like you to advise the Rivers State eight Assembly to come up with a very robust and comprehensive bill.

“So we feel that the only way we can articulate a bill that can help the state as members of the power sector organisation is to come up with this bill.”

Also, the Rivers State Commissioner of Power, Mr. Shedrack Chukwu, in his address assured that the State Government would not only build power infrastructures in the state but will also protect them.

“It is on good records that Rivers State is standing tall on power infrastructure investment.

“The Rivers State Government has also constructed over 32KV transmission lines to interlink the power plants and transmission substations within Port Harcourt and its environs.

“We have build 28 injection substations, install over 800 distribution transformers of different capacity that has improved power supply in the state. For us in Rivers State ministry of power, building power infrastructure is as important as protecting them for sustainable power supply.”