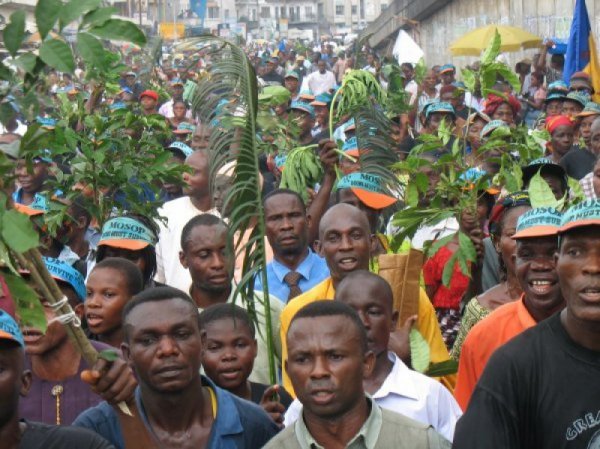 04 January 2018, Sweetcrude, Port Harcourt — Oil bearing communities in Ogoniland, Rivers State, have demanded that the 13 percent derivation meant for oil producing states from the Federal Government should be paid directly to host communities, to speed up development in such communities.

The demand was made when traditional oil-bearing communities came together to form a group called Ogoni Oil Bearing Communities Traditional Rulers Council, OOBCTRC, for unity against marginalization by oil firms.

The traditional rulers explained that as oil production activity would soon recommence in Ogoni, the body would stand in the gap between oil companies in the area and the host communities.

Speaking in K-Dere community after the formation of the group, President of the body, Chief Donald Gberesu said the group would meet with oil companies that intend to resume oil exploration in the area for good relationship.

Gberesu regretted that oil producing communities in Ogoniland have been abandoned in the negotiation for their oil, adding that the body would provide a front through which the voice of the communities would be heard.

According to him, “It is on record that our communities have suffered some neglect in the past and even now despite millions of barrels of oil exploited from our land with nothing in return.

“It is worthy to note that the organization is both non political and partisan, it is only to address challenges from oil exploration which has left the land in abject poverty, which after effect is internal wrangling and killings among us.”

Also speaking, the Traditional Ruler of Bua-Bain community, HRH Chief Daniel Wida, disclosed that the group came into being over the desire by oil producing communities in Ogoniland, to front the agitations against marginalization and under-development of the host communities.

“The host communities bear the brunt of oil exploration and its immediate effects, and so needs the first attention.

“But it is as if other persons who are not directly impacted want to take everything from us. We need to liberate ourselves, and by the grace of God we will survive,” Chief Wida said.