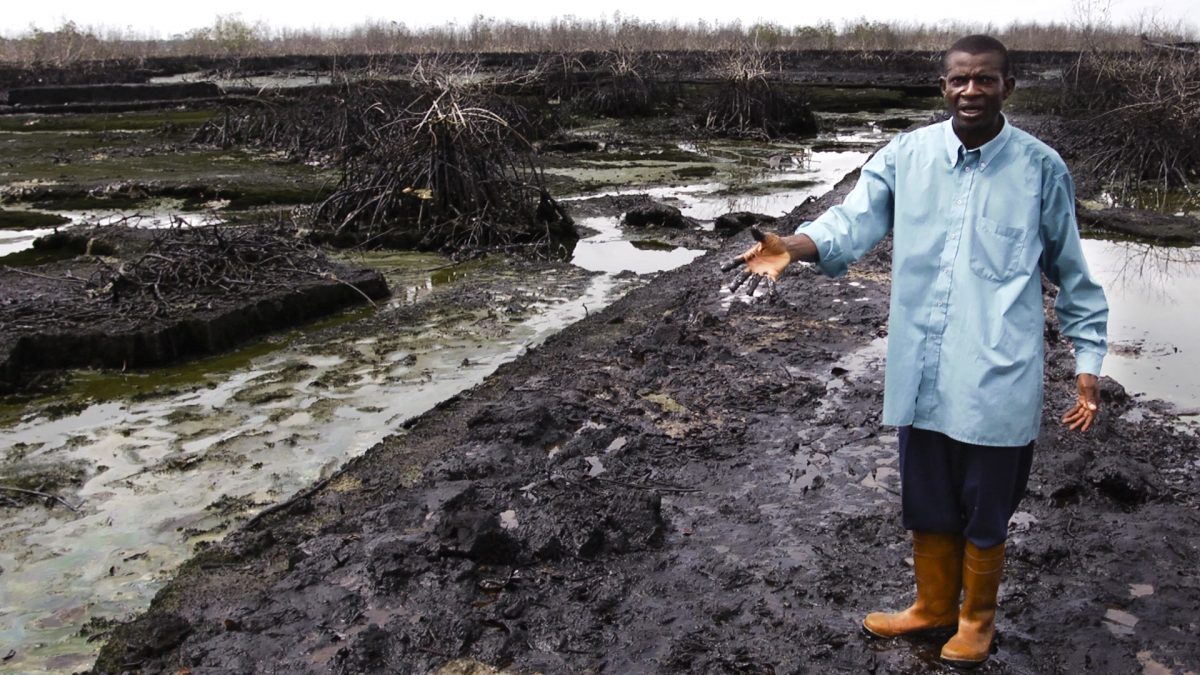 17 June 2018, Sweetcrude, Port Harcourt — One of the communities severely impacted by hydrocarbon pollution in Ogoniland, Bomu community in Gokana Local Government Area of Rivers State, has lamented that despite its enormous contributions to the nation’s economy in the past, her land remains devastated and polluted.

The community disclosed this in a memorial service to honour three of its indigenes killed by the military government during Ogoni environmental crisis in 1993. They are Chief Theophilus Bariziga Orage, Chief Samuel Orage and Comrade Paul Baribeela.

Speaking, the Regent Paramount Ruler of Bomu Community, Chief Nledi Nasikpo, lamented that the land and the river in the community can no longer support the traditional occupation of the people, which he said is fishing and farming.

Nasikpo who is also the chairman of Bomu Council of Chiefs called on the Federal Government to speed up the process for clean up of Ogoniland in line with the recommendations of the United Nations Environment Programme.

He said Bomu community and the rest of Ogoni communities are groaning under the prolonged environmental disaster, adding that the service was to remember the good deeds and sacrifices of Bomu indigenes in the course of Ogoni struggle.

He also lamented the absence of Niger Delta Development Commission, NDDC projects in the community.

For his part, a University Don and the Cleric of Best People Assembly, Prof. Livinus Firi said that the three Bomu martyrs lived lives worthy of emulation, hence, their remembrance.

Speaking on the sermon titled, “Born To Make Impact” said people must desist from using their positions to destroyed their communities as God sent everyone to the earth for a reason.

“Late Chief Theophilus Bariziga Orage, Late Chief Samuel Ntete Orage and Late Comrade Paul Baribeela Levuva, used their positions to advance the cause of not only Bomu community or Ogoniland, but the entire Niger Delta region.”