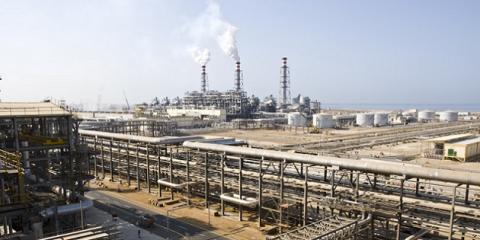 25 April 2018, Sweetcrude, Port Harcourt — A Rivers State High Court sitting in Port Harcourt has adjourned till 30th of May 2018, to take all motions and application on whether the court has the jurisdiction to hear the matter between Wakohu community, Indorama Eleme Petrochemicals Limited, IEPL and Elano Investments Limited.

Wakohu, one of the host community to Indorama EPCL, in Elelenwo Clan of Obio/Akpor Local Government Area of Rivers State, had dragged the company and Elano Investment Limited to the State High Court over alleged selective payment of royalties and other entitlements to the host community.

Elano Investment Limited is the firm that manages the 7.5 percent equity dividends accruable to the host communities from their investment in IEPCL, namely, Agbonchia, Aleto, Akpajo, Akpakpan, Njuru, Okerewa and Wakohu community all in Eleme and Obio/Akpor Local Government Areas.

In a suit with the number PHC/722/2018, Wakohu community is asking for an interlocutory injunction restraining Elano from managing its share of the 7.5 percent equity fund for the community.

The community alleged that the demand was based on a divide and rule tactics of the firm, as the community rights are received by only a select few.

When the matter came up in Court, yesterday, Counsel for the community, Barr. Reuben Waloghor had raised a motion for an interlocutory injunction to be made against the management firm.

But Counsel for the 2nd Defendant (Elano), Barr. Joseph Ezekwu argued that there is a pending notice of preliminary objection based on the jurisdiction of the court to hear the matter.

Ezekwu explained that Elano was a federal establishment set up to manage the royalties of host communities of Indorama Eleme Petrochemicals Limited, stressing that the matter could only be heard by a Federal High Court.

He said that no motion or application can be entertained by the court till the issues bothering on jurisdiction is disposed of.

However, the Presiding Judge, Justice Godspower Omereji, adjourned till 30th of May, 2018 to take all motions and application on the adjourned date, and to later rule on whether the court has powers to entertain the matter.