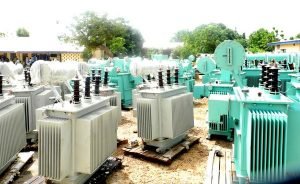 Chairman of the local government council, Mr. Solomon Eke, said the three communities had stated that transformer is what they needed and he had promised them that he will provide it in October, before his first 100 days in office.

Eke, who said his target as chairman of the local government is to sanitise, develop and secure the area, listed projects his administration has embarked on to include instituting a health insurance scheme that would cater for the health needs of the people, decongesting major roads and provision of security.

Others projects, the council boss said, include building of schools in areas where there was none, building a sports complex for the local government and provision of tablets that would contain past West African Examinations Council question papers and answers for students preparing for the examination.

“What I want to be remembered for, as I’ve always said, is the good plans that I have for the people of Obio/Akpor Local Government Area. My coming to this office is just to serve the people. Serving them means that whatever is the interest of the people is what I will do.

“I have opened my door very wide for all the communities who seek audience with me. I do this because it is through this I can find out what their problems are.

“For me, it’s a call to service. Ascending to this high position as Executive Chairman of Obio/Akpor Local Government Area, is guided by my sense of responsibility to the people. And with humility and due respect, I owe everything to God, and the good people of Obio/Akpor. We need to make our place better; we do not have another local government,” he said.