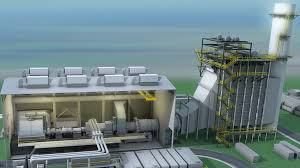 The Eleme Gas Turbine was hitherto a 20MW project of defunct OMPADEC and was awarded to Rockson Engineering to increase its capacity and efficiency to 75MW, during former governor, Dr. Peter Odili led administration in 2001.

Rockson Engineering in 2001 had carried out the procurement, construction and engineering of the Eleme gas turbine power station to increase the capacity and efficiency from 20MW to 75MW by replacing the existing GE LM2500 turbine with 3 x 25MW Nuovo Pignone gas turbines.

Other features of the contract was connection to a 132kv grid, supply and installation of a 3 x 25MW frame, civil works, foundation and piling, provision of a switch gear, 132kv switchboard, cables and synchronising panels for the turbines, gas skid, piping, gas heater, as well as canopy for gas turbines and a crane.

Permanent Secretary, Rivers State Ministry of Power, Mr. Alawari Ndu, dropped the hint recently in his speech at a one-day summit on Power, organised by the Rivers State House of Assembly Committee on Power, held in Port Harcourt.

Ndu stated that before now, the turbine complex had been under contention, as the managers, Rockson Engineering Nigeria Limited had claimed they were being owed by the State Government.

He however said that the State Government has finally taken over the complex, as plans to revive the facility had commenced.

Speaking on the epileptic power outage in the Rivers State  Secretariat Complex, Mr. Alawari Ndu  stated that the ministry was not resting on its oars in rectifying the electrical faults that was affecting some blocks in the complex.

He further explained that the problem of power supply in the State Secretariat Complex was not a fault of the Port Harcourt  Electricity Distribution Company, PHED, but rather on technical challenges which are being currently addressed by state government.