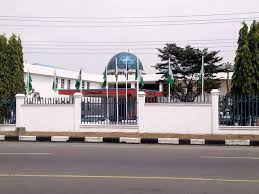 Port Harcourt — The Rivers State House of Assembly on Tuesday, approved the sale of the state-owned gas turbine units and accessories as well as other electricity assets, allegedly abandoned in the Netherlands since 2012.

This is coming few days after the Rivers State Government announced plans to sue Saipem Contracting Nigeria Limited, for alleged breach of trust, which led to abandonment of the State’s gas turbine generator unit and accessories since 2012.

The approval for the sale of the asset followed a letter sent to the House by Governor Nyesom Wike requesting the House to do so.

The House also approved other requests made by the governor, including participating in the N18.2billion funds from the federal govenrment and the Rivers State Medium-Term Expenditure Framework 2022-2024.

The three requests approved area, “Sale of the Rivers State Government-owned gas turbine generator units and accessories abandoned in the Netherlands and other wasting Power Assets.

Speaker of the House, Ikuinyi-Owaji Ibani, speaking on the significance of the requests, commended the governor for what he described as thorough knowledge in investigation to ensure the State is not plunged into indebtedness.

The Speaker maintained that the Rivers State government has every right to participate in accessing the funds by the Federal Government, as it will go a long way in ensuring further development of the state for present and future generations.