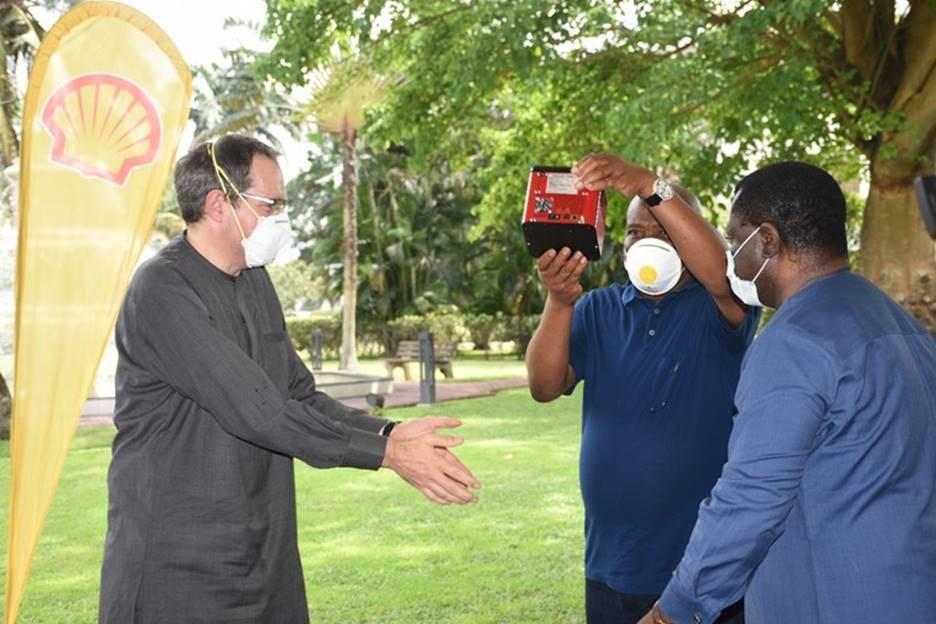 Port Harcourt — Rivers State is set to start testing for COVID-19 in Port Harcourt with the receipt of the state’s first set of testing equipment from the Shell Petroleum Development Company (SPDC) among many other medical hardware and consumables presented to the state governor, Chief Nyesom Wike on Wednesday.

SPDC’s Managing Director and Country Chair, Shell Companies in Nigeria, Osagie Okunbor, who presented two Polymerase Chain Reaction (PCR) machines, the main testing equipment, ventilators and other medical items at the government house in Port Harcourt, said SPDC and its joint venture partners were committed to supporting the state to stop the spread of COVID-19 or any disease outbreak in the state.

Okunbor, who was represented by the Deputy Managing Director of SPDC, Simon Roddy, said, “While we remain committed to supporting the state government to deepen its efforts at managing the pandemic, we recognise inadequate testing capability in the Niger Delta and it is in response to this that we are presenting the state with COVID-19 compatible PCR machines and kits, while further extending medical equipment support to the holding centre at the Eleme General Hospital.”

The SPDC MD said the donation, the third in a series, was aimed at further enhancing the clinical capacities and capabilities at the Rivers State University Teaching Hospital.

In its first COVID-19 support to the state in March, SPDC had provided three vehicles, including fueling and maintenance, to aid in contact tracing. The second set of donations was made on April 7 when the company gave an ambulance, generator and medical equipment to enable the operations of the State Holding Centre at the Eleme General Hospital, for any disease outbreak in Rivers and neighbouring states.

Receiving the donations, Governor Wike said, “Thank you Shell and NNPC for your partnership that has resulted in the donation of these PCR machines. Now you have supported the state. The COVID-19 pandemic is a war, more than the conventional warfare, and everybody must work together to win it. The lives of my people are very important to me. I took an oath to protect lives and property and we must do everything that we can to mitigate and reduce the transmission of the disease.”

In his remarks, NNPC Group Managing Director, Mallam Mele Kyari, who was represented by the corporation’s Zonal Manager, Mr. Adebola Aderibigbe, pledged NNPC’s continued support to the state to ensure minimal impact of the pandemic in the state and the Niger Delta region.

The equipment donated included oxygen concentrators, suction machines, defibrillator, ventilators, wheeled stretchers, swabs, personal protection equipment including googles and N95 masks, ambulance, and a generator; while a Shell-funded off-grid power solutions company, All On, has also completed the solar-powered electrification project, providing the state’s holding centre in Eleme with electricity from a 9.6Kw solar and 30kWh battery storage solution. All On executed the multi-million-naira project through one of the rising innovative firms in the off-grid sector, GVE.