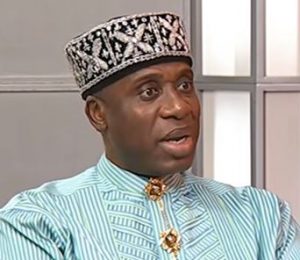 22 September 2018, Sweetcrude, Port Harcourt — The Rivers State Government has asked the Minister of Transportation, Rotimi Chibuike Amaechi to account for the $308 million proceeds from the 2014 sales of the state-owned gas turbines, power stations and other assets to Sahara Energy.

Mr. Tonye Cole, a Lagos based businessman is a major shareholder of Sahara Energy.

A statement by the Commissioner for Information and Communications in the state, Mr. Emma Okah, alleged that Mr. Amaechi sold the power stations and diverted the proceeds to fund political activities of the All Progressives Congress, APC.

Okah further alleged that the diversion of the proceeds led the Amaechi-led administration to abandoned many uncompleted projects and owed salaries and pensions to workers before he left office in 2015.

According to the statement, “Apart from the power assets which the former governor sold to Sahara Energy, the same company also bought the Olympia Hotel and other high-value state assets under suspicious circumstances from the Governor Amaechi administration.

“The Justice Omereji Commission of Inquiry investigated the spurious sales and indicted the Minister of Transportation, and instead of refunding the money, the minister rushed to court to set aside the findings of the commission.

“He lost at the High Court and at the Court of Appeal. His appeal to the Supreme Court has been abandoned because, for over a year, he has failed to file a brief of argument.”

Okah in the statement further accused the Minister of Transportation of arm-twisting his party members in the state and forcing Tonye Cole on them as his anointed flag-bearer in the 2019 governorship polls, so as to cover his tracks

He stated that instead of the former governor to explain to Rivers people the whereabouts of the proceeds from the gas turbines and power stations, the Minister was instigating the Economic and Financial Crimes Commission, EFCC, to harass the Rivers State government.

“The reason for Tonye Dele Cole is now better explained, because of the need to cover the skeletons in his (Amaechi’s) cupboard.

“For the avoidance of doubts, Rivers State Government is not against the fight against corruption. Our case is that there are two perpetual court injunctions restraining EFCC from investigating the finances of Rivers State Government and until those injunctions are vacated by a superior court, the commission is duty bound in law to respect it irrespective of how worried the former governor may feel today.

“On 15th September 2010, the Transportation Minister, then as governor of Rivers State protested the interference of the EFCC in the finances of the state at that time and urged them to vacate the two judgments of the State High Court dated 16/02/2007 and Federal High Court dated 20/03/07, respectively. The EFCC under Mrs. Farida Waziri agreed with Rivers State Government and allowed the rule of law to prevail.

“It is, therefore, very funny that the same person who told the EFCC to leave the state alone in 2010 is urging the same commission to invade the State even when the injunctions have not been vacated. The Rivers State Government assures the transportation minister that the law has not changed and the facts remain the same and so his collusion with EFCC to harass Rivers State Government and her officials will not work,” Okah said in the statement.