Rivers to clampdown on petrol tankers in 2020 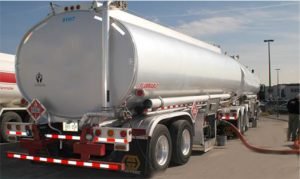 Port Harcourt — The Rivers State Taskforce on Illegal Motor-parks and Street Trading has announced that it will clamp down on petrol tankers and other heavy duty trucks parked indiscriminately on the roads anywhere in the state from 2020.

Chairman of the taskforce, Mr. Bright Amaewhule, announced this while speaking at an event organised by the Federal Road Safety Corps, FRSC, blaming traffic bottlenecks in the state on indiscriminate parking of petroleum tankers.

Amaewhule said the taskforce will work with the military and FRSC to impound any heavy duty truck obstructing free flow of traffic in the state.

He also assured that the taskforce would work round the clock to ensure accident-free roads in the new year.

He condemned the attitude of truck drivers, who believed that, because they are truck drivers, they could park anywhere, and nothing will happen to them.

“We will get a heavy duty towing van from the military barracks in Bori Camp, which we will use to tow any truck,” he warned, revealing that the Rivers State governor had designated a park for trucks that would be removed from the roads.