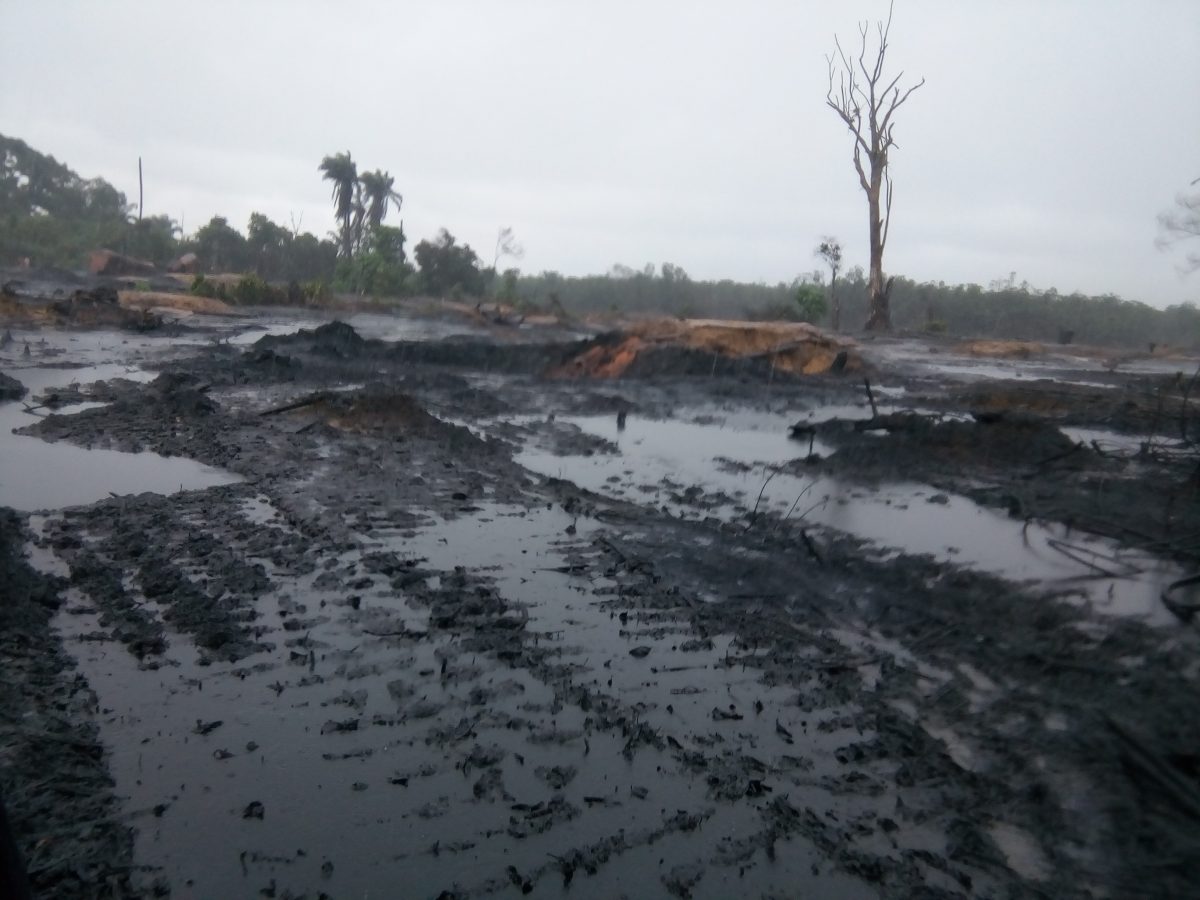 18 July 2018, Sweetcrude, Port Harcourt — Youths in Bolo Community, Ogu/Bolo Local Government Area of Rivers State, have called on the Federal Government to provide them employment opportunities, after stopping them from indulging in oil theft and illegal refinery business.

Speaking to newsmen who were on a tour to creeks recently decimated by the Nigerian Navy in the area, the Crowned Prince of Bolo Community, Mr. Tamunotonye Abolo, said they were engaged in illegal bunkering activities because of unemployment.

Abolo called for the establishment of cottage industries in the area to stem the tide of idleness by youths who have been stopped from artisanal refinery business, explaining that they cannot fish in the rivers anymore because the waters are highly polluted by crude oil.

He said the community is happy that illegal bunkering activities have been stopped in the area but that the youths have been left idle with no job to make a living from.

According to him, “We are happy that the government has stopped us from bunkering, but life has become difficult now as we do not have any other jobs to earn a living from.

“We need government to give us scholarships, jobs and also build us industries so that we will not be idle.

“We cannot fish again on the rivers because the waters are stinkingly polluted with crude oil.”

Meanwhile, the Nigerian Navy Ship, NNS Pathfinder in Port Harcourt has said that the fight against oil theft and illegal bunkering has been a success especially with the use of swamp buggy to decimate illegal refinery sites.

Choji, who was reacting to the claims by Ogu/Bolo youth, explained that there is no excuse for crime, emphasising that the Navy will not rest on its oars in ensuring that crimes and criminalities are tackled.

“Most people who engage in crime do that because they are lazy or are not contented with legitimate business. There are lots of business opportunities everywhere, there is no excuse to criminal activities.

“They should use their ingenuity to add value and make a living legitimately instead of engaging in crimes.”