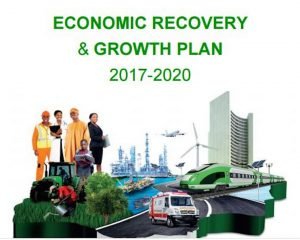 22 March 2018, Sweetcrude, Abuja – The Revenue Mobilisation Allocation and Fiscal Commission (RMAFC) on Wednesday warned the Federal government against the outright sale of critical national assets as contained in the Economic Recovery and Growth Plan (ERGP).

The commission noted that the persistent clamour for the sale of the Federation’s oil and gas assets has continued in spite of its earlier advice against such.

In the ERGP currently under implementation by the President Muhammadu Buhari administration, it was proposed that the government should reduce its equity in the Nigeria Liquefied Natural Gas (NLNG) and the Federation’s Joint Venture oil and gas assets.

In a statement signed by the Head of Public Relations, RMAFC, Mr. Ibrahim Mohammed, the commission advised against the sale of NLNG on the basis that it has been managed efficiently, profitably and is paying dividend to its investors, including the Federation.

“Consequently, the Federation would continue to benefit from the annual dividend as well as from the capital appreciation in value of this asset over time.

“The persons supporting its sale and those clamoring to buy are aware of the benefits they would make from such transactions,” the commission stated.

As an alternative to the sale of the national assets, the Commission advised the government to consider borrowing the equivalent sales value of the assets since the loan could be repaid from the dividends that would have been lost if the assets had been sold.

“After the repayment, the country will benefit from the investment of the loans that were borrowed while the dividends from the assets will thereafter return and be paid into the Federation Account; converting the existing Joint Ventures to Incorporated Joint Venture Companies (IJVs) as is the case with NLNG without diluting the Federation’s equity holdings in the IJV.

“This will provide incentives to encourage Local and Foreign investors interested in these assets to consider investing in the construction of new Gas to Liquids, Petrochemicals, Fertilizer and Liquefied Natural Gas Plants and awarding new Marginal fields and Oil Blocks to Prospective Investors as the Nigerian Federation stands to derive maximum returns from its investment in the oil and gas assets.

“In the long run, these industries will create huge business activities within the oil and gas value chain and in so doing, create the much-needed employment opportunities and business linkages for Nigerian businesses.

“The expanded economic activities will no doubt improve Government revenues,” the statement said.