Rush is on to get East Africa’s oil, gas to the market 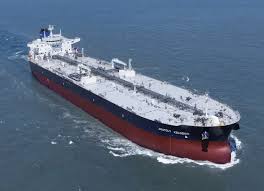 28 August 2016, Dar es Salaam – Oil and gas are the buzzwords in East Africa as countries try to outdo each other in getting their hydrocarbons out of the ground and into the market.

Last week, Tanzanian President John Magufuli ordered that exploitation of natural gas begin as a matter of urgency, as Kenya’s President Uhuru Kenyatta announced that Tullow Oil would send the country’s first barrels of crude oil to the market from March 2017 ahead of the start of exports in June.

At the same time, Uganda and Tanzania are courting the Democratic Republic of Congo, which is yet to start mining, to participate in talks with four countries sharing Lake Tanganyika border to discuss ways to extract natural gas and oil from the lake.

Ugandan President Yoweri Museveni was also reported to have invited President Joseph Kabila to join in its plans to transport its oil to the coast through the Central Corridor that passes through Tanzania.

East Africa has become the latest hotspot in hydrocarbon exploration after substantial deposits of crude oil were found in Uganda and Kenya, while major gas reserves have been discovered in Tanzania and Mozambique.

Mid-week, British oil firm Tullow raised Kenya’s hopes of becoming the first oil exporting country in East Africa after it announced plans to start producing oil from Turkana in March. The London-listed firm’s count of the Turkana oil reserves so far stands at 750 million barrels, which is considered commercially viable at the current prices of $50 a barrel.

In a meeting with President Kenyatta in Nairobi, Tullow Oil chief operating officer Paul McDade said that it will initially produce 2,000 barrels of crude oil per day and have stocks ready for export in June 2017, a venture that is set to earn the region’s leading economy $37 million annually.

“We have started and we are not going back. We want to be at the top of the pile. So, we have set a path and, by 2019, Kenya is going to be a major oil producer and exporter,” Mr Kenyatta said.

Kenya is banking on the petrodollars to grow its economy and reduce the ballooning public debt that currently stands at $30 billion. Petroleum Principal Secretary Andrew Kamau said that the current market prices of oil make the project viable, adding that it is important to stick to the timeliness for production for maximum gain.

“As long as the crude oil remains above $34, then the project is viable. We need to move to production so that our venture remain profitable and viable for all the players,” Mr Kamau said.

Analysts, however, feel that Kenya is rushing to the market to upstage Uganda and Tanzania, after the April pipeline upset. As it is, Uganda will have to wait for the construction of its pipeline to move the oil to the coastline, while Kenya has already devised an alternative plan that will see its oil move by road to Eldoret, then by train to Mombasa and into the export market.

The $32 million Leseru-Lokichar Road, which is expected to connect the remote Turkana site to Eldoret, is nearly complete, and the Cabinet okayed plans for the expansion of the Kainuk bridge that will now allow larger trucks move huge quantities of crude oil.

Dr Kibambe Musa, an oil and gas resource analyst, says Kenya’s move is politically driven, as it seeks to show its peers in the region that it can still get its oil out first and push it to the market through alternative routes.