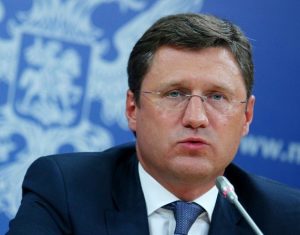 Moscow — Russia could boost its oil output by 228,000 barrels a day or more in June, Kirill Dmitriev, the head of Russian sovereign wealth fund RDIF and one of the key officials to foster a supply pact with OPEC, told reporters on Monday.

Dmitriev signalled on Monday that Russia wanted to raise oil production when it meets with OPEC in June because of improving market conditions and falling stockpiles.

“It is possible that as part of the June (meeting) a decision may be taken, subject to market conditions at that time, that it is necessary to remove these reductions,” he said.

It may be appropriate for Russia to increase output by 228,000 barrels per day, by which it had previously cut production, he said, “and maybe even further”.