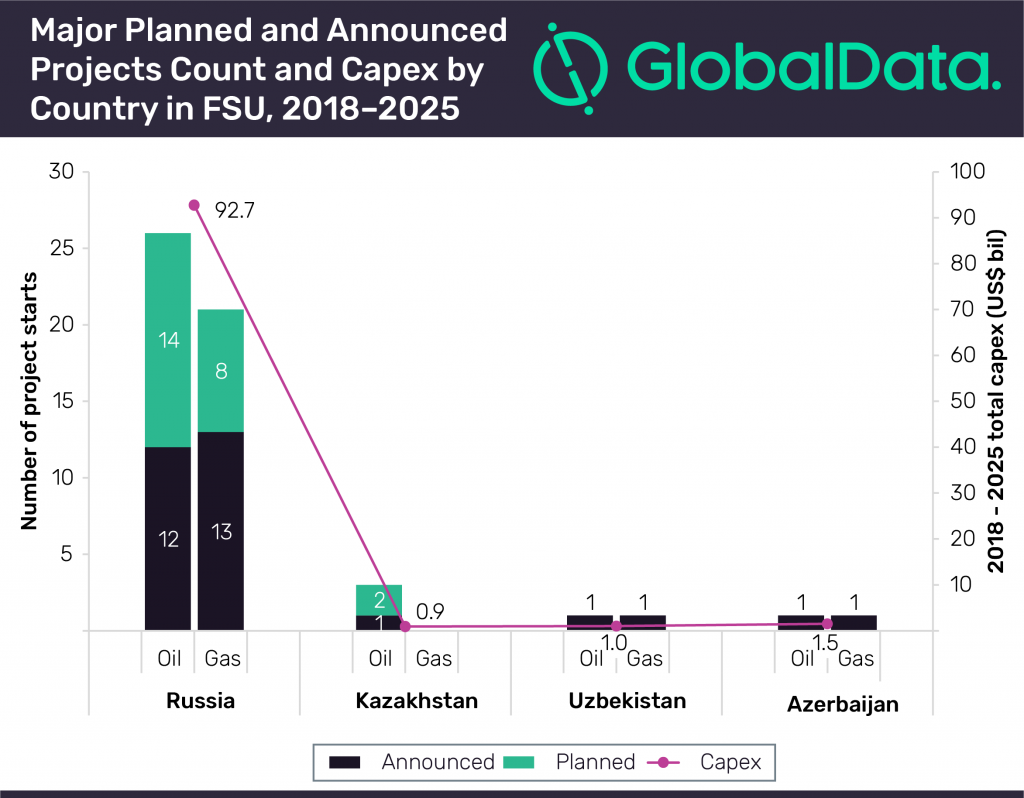 16 December 2018, Sweetcrude, Lagos — Russia accounts for more than 90% of the proposed capital expenditure (capex) on planned and announced crude and natural gas projects in the Former Soviet Union (FSU) over the period 2018–2025, according to GlobalData, a leading data, and analytics company.

The company’s report: ‘H2 2018 Production and Capital Expenditure Outlook for Key Planned and Announced Upstream Projects in FSU – Russia Accounts for Most of Capex in Region’ reveals that Russia leads in the FSU with a capex of US$92.8bn on 47 planned and announced projects during the 2018–2025 forecast period. Of the total count, 22 are planned and 25 are announced projects.

Soorya Tejomoortula, Oil and Gas Analyst at GlobalData, comments: “Russia is investing heavily on new oil and gas projects to further boost its oil and gas production. Majority of production from these projects is for exports, generating considerable revenues for the country.”

In total, 54 crude and natural gas projects are expected to start operations in four countries in the FSU during the forecast period. Among these, 24 are planned projects with identified development plans and 30 are early-stage announced projects that are undergoing conceptual studies and that are expected to get approved for development.

GlobalData identifies Kazakhstan as the second highest country with three upcoming projects– two planned and one announced, respectively. Uzbekistan and Azerbaijan follow with two upcoming projects each, which are expected to come online by 2025.