Russia hopes for IPO renaissance after worst year in a decade 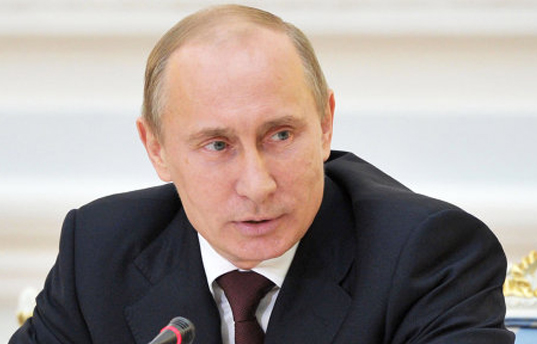 At least 10 Russian companies, ranging from petrochemicals giants to real estate and health businesses, had been lining up at least $4 billion worth of initial public offerings (IPOs) this year in Moscow and, in some cases, London.

But none have come to pass and 2018 will be the first year in a decade without a single Russian IPO.

“This year was marked by an increase in U.S. interest rates … It triggered big outflows from emerging markets starting from May,” said Dmitry Brodsky, head of equity capital markets for Russia and CIS at Russia-focused investment bank Renaissance Capital.

“Quite a lot of companies continue to study the market or prepare to tap it … If the markets reverse, they could be ready in four to eight months.”

But for all the plans and hopes, the outlook remains clouded as U.S. sanctions against Russia and wider economic concerns that have hammered emerging markets continue to weigh heavily on corporate Russia.

Among those that had been considering an IPO this year were Sibur, one of the world’s largest petrochemicals companies, as well as insurer RESO and private healthcare provider European Medical Center.

“There will be no IPOs for the rest of the year – the window is shut,” said Alina Sychova, head of capital markets origination at Sova Capital.

“I know there are a few names looking at the first-quarter: they are going to be monitoring the situation in terms of sanctions, Brexit and overall market volatility.”

Last year Russian companies raised about $8 billion from public equity sales, about $3 billion of which was from IPOs, including Oleg Deripaska’s En+listing in London and Moscow, according to Reuters data. En+ manages Deripaska’s energy and aluminum assets.

In April, however, Deripaska and his business were among those placed under U.S. sanctions in response to Moscow’s alleged meddling in the 2016 U.S. election. Moscow has denied any wrongdoing.

The United States has also promised a fresh sanctions package, known as the “bill from hell”, designed to punish Moscow for what Washington described as malign activity and other international actions that Russia has denied.

The Russian stock market was hit hard by the April sanctions. Haulage company Globaltruck, which raised 3.85 billion roubles ($59 million) via its Moscow IPO last November, was trading at 102.5 roubles per share on Thursday, down 22 percent from the 132 rouble offer price.

Some companies that had been private business success stories – such as food retailer Magnit – became co-owned by state bank VTB. Others, including mobile phone operator Megafon, decided to delist their shares while only a handful of businesses held secondary share offerings.

“I don’t think market conditions are favorable,” said an executive at a company that had considered listing some of its operations.