Russia in talks to ship oil via Azeri pipeline 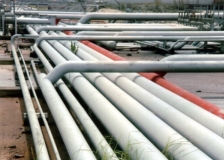 The move comes as a BP-led pipeline from Azerbaijan to Turkey is being used at only half its designed capacity of 1.2 million barrels per day as Azeri Caspian Sea fields are getting depleted.

Some volumes would be processed in local Azeri refineries and some would be exported via the BP-led Ceyhan pipeline.

He added that Rosneft was interested in SOCAR’s oil loading facilities assets in Ceyhan, Singapore and Fujairah.

Last week both companies signed a broad cooperation agreement but have yet to reach concrete deals as sources on both sides said the two companies could not agree on a number of details.