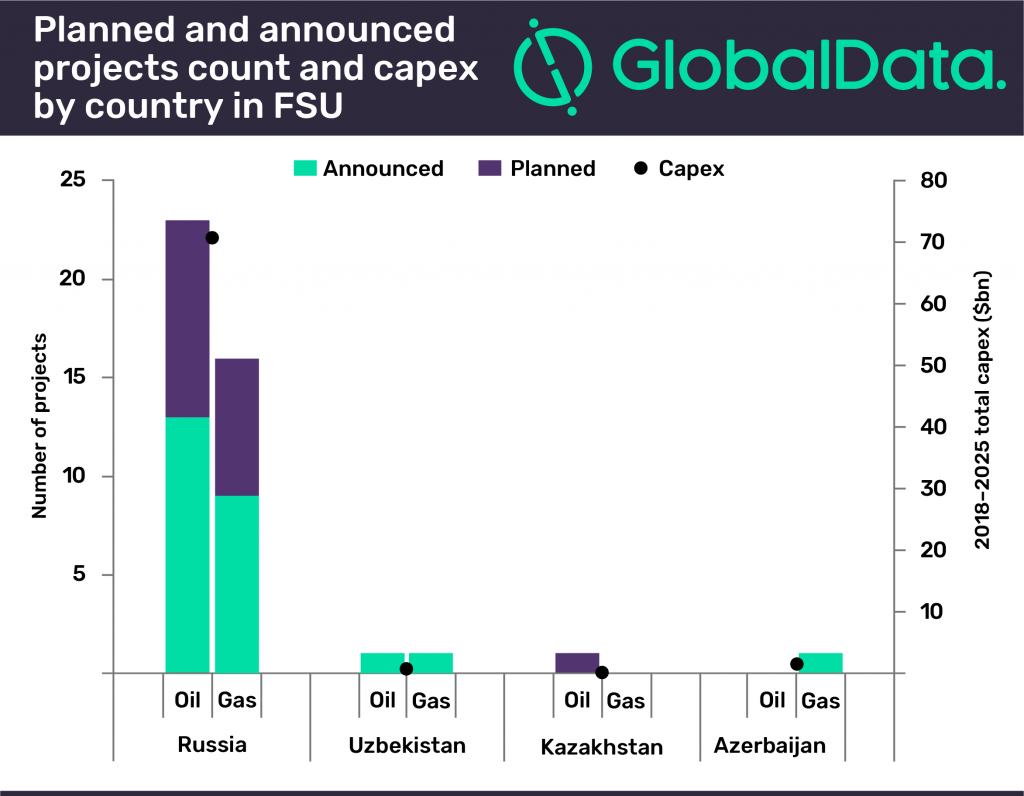 12 April 2018, Sweetcrude, Lagos — A total of 43 crude and natural gas projects are expected to start operations in four countries in the Former Soviet Union (FSU) between 2018 and 2025, according to GlobalData, a leading data, and analytics company.

The company’s report: ‘Semi-Annual Production and Capital Expenditure Outlook for Key Planned and Announced Upstream Projects in FSU’ indicates that among these, 18 represent the number of planned projects with identified development plans and 25 represent the number of early-stage announced projects that are undergoing conceptual studies and that are expected to get approved for development.

The key projects in the FSU are expected to contribute about 1,648 thousand barrels of oil per day (mbd) of crude production and about 16.7 billion cubic feet per day (bcfd) of gas production.

GlobalData’s research indicates that among countries in the FSU region, Russia leads with 22 announced and 17 planned projects. Uzbekistan follows with two announced projects.

Russia is expected to account for most of the CapEx on the planned projects in the FSU, with $38.8bn expected to be spent between 2018 and 2025, according to GlobalData. Kazakhstan follows next with $0.02bn. Among early-stage projects, Russia leads with a CapEx of $32.2bn, followed by Azerbaijan and Uzbekistan with $1.6bn and $1.1bn, respectively.