22 January 2015, Davos, Switzerland – Russia may see a natural decline in oil output by around 1 million barrels per day (bpd) at most but has no plans to cut production in coordination with OPEC, Deputy Prime Minister Arkady Dvorkovich said on Wednesday. 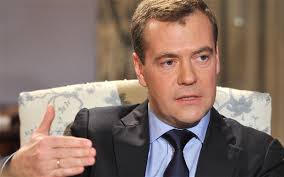 Russia is the world’s biggest oil producer and output hit a post-Soviet high at an average 10.58 million bpd last year, but Western sanctions over Ukraine and low prices pose a threat to the development of what is the country’s key source of revenue.

Dvorkovich ruled out the cut in tandem with OPEC despite oil prices sinking to five-year lows. OPEC, an oil producing group of which Moscow is not a member, decided to keep output levels stable last year. “If the oil (price) stays at $50 for a long time, of course some projects will become less attractive and a small output decline may start.

There are no grounds for a bigger decline,” he said on the sidelines of the World Economic Forum in Davos. Dvorkovich also said that Russia could balance its budget at any oil price, which he expected to stay low for a long time.

Prime Minister Dmitry Medvedev is due to present an anti-crisis plan to President Vladimir Putin on Wednesday. The budget now foresees an average oil price of around $100 per barrel.

Dvorkovich said the biggest risk from lower oil prices and sanctions was a weakening in domestic demand. The rouble has lost half of its value against the dollar since last year.

He said Russia could cut budget spending in all areas except in the social sector but added that he saw no need to lower military spending as it was important to make the Russian army “effective, well-equipped, modern”. ($1 = 65.8100 roubles)