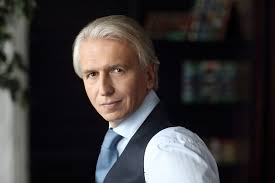 Moscow — Russian oil producers did not discuss returning to a deal with OPEC to cut output at a meeting with the energy ministry on Thursday, one of the country’s top oil firms said, adding it was preparing to raise production from April.

Alexander Dyukov, the head of Gazprom Neft, talks to the media as he leaves after a meeting of Russian Energy Minister Alexander Novak with country’s oil companies in Moscow, Russia March 12, 2020. REUTERS/Maxim Shemetov

Oil prices plummeted after talks in Vienna last week on production cuts between OPEC, Russia and other oil producers collapsed with no deal. Saudi Arabia and the United Arab Emirates, both OPEC members, have announced plans to ramp up production.

Alexander Dyukov, chief executive of Russia’s third largest oil producer Gazprom Neft, told reporters that he and representatives of other major oil producers met Energy Minister Alexander Novak on Thursday but “have not even discussed” returning to a deal with the so-called OPEC+ grouping.

Dyukov said that, even if a new deal with OPEC had been secured, “we would have reached the situation with $35 per barrel anyway given the market factors,” citing the impact of the coronavirus outbreak and the risk of a global recession.

“Indeed there was some disappointment from the (OPEC) talks in Vienna,” Dyukov told reporters after the meeting with Novak.

Gazprom Neft, an arm of Russia’s gas giant Gazprom, would have preferred to see the previous OPEC+ deal remain in place but the company had been prepared for the failure of talks and lower oil prices, Dyukov said.

“We were ready for such developments,” he said, although he added: “We don’t think that this move is rational and pragmatic.”

The slump in oil prices has already battered the rouble, posing new challenges for the Russian economy on top of the uncertainty caused by the coronavirus outbreak.

Gazprom Neft now plans to increase output from April 1, and is considering raising it by 40,000 to 50,000 barrels per day (bpd) within a month, Dyukov said.

The company will complete its investment programme despite the drop in oil prices as its operational costs for producing a barrel of oil was between $3 and $5, Dyukov said.

Russian companies now faced no restrictions on output and would no longer face a threat for selling extra oil volumes, he said.

Still, Russian oil will face more competition, after sources said Saudi Arabia had stepped up efforts to squeeze Russia’s Urals oil grade out of its main markets by offering its own cheap barrels instead.