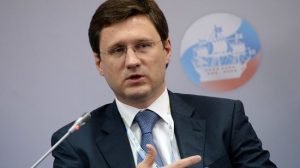 05 April 2018, Sweetcrude, Lagos – Russian Energy Minister Alexander Novak has said the country has no plan to become a member of the Organisation for the Petroleum Exporting Countries, OPEC.

The country in an agreement called Declaration of Cooperation, DoC, which started since January 2017, partnered OPEC in the hope of reducing oil glut in the international market by cutting a total of 1.8 million barrels per day of output to boost prices.

Russia and Saudi Arabia currently shoulder the bulk of the cuts.

According to Novak, the country, instead, is looking into setting up a joint organisation for cooperation between OPEC and non-OPEC countries once the current deal on oil output curbs expires at the end of this year, according to Reuters.

He also said that he and his Saudi Arabia counterpart, Khalid al-Falih, discussed long-term cooperation and that the current “mechanism of interaction” has proved to be effective.

“We are now thinking about a format for cooperation which could be for the longer-term, which would include the possibility of market monitoring, information exchange and if needed the implementation of some joint actions,” Novak told reporters.

He said that Russia joining OPEC is not on the agenda for discussions.

Novak is part of a delegation of Russian officials led by President Vladimir Putin that arrived in Turkey on Tuesday for talks.