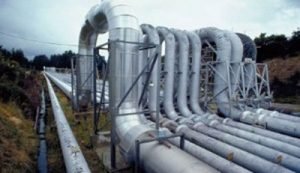 Moscow — Russia is confident it can soon resolve a problem of polluted Russian oil contaminating a major pipeline serving Europe and affecting supplies as far west as Germany, a senior official said on Friday at talks with importers about the issue.

Russian Deputy Energy Minister Pavel Sorokin did not give a precise timeframe but Moscow has previously said it would pump clean oil to the border with Belarus from April 29, seeking to end a crisis hitting the world’s second-largest crude exporter.

Sorokin was speaking at talks with officials from Belarus, Poland and Ukraine in Minsk on the issue. Belarus said the issue had cost it $100 million, while analysts say alternative supply routes for refiners cannot fully fill the gap. {nR4N22601X]

Poland, Germany, Ukraine and Slovakia have suspended imports of Russian oil via the Druzhba pipeline. Halting those supplies has knock-on effects further along the network.

The problem arose last week when an unidentified Russian producer contaminated oil with high levels of organic chloride used to boost oil output but which must be separated before shipment as it can destroy refining equipment.

Russia’s Energy Ministry said pipeline monopoly Transneft and other Russian companies had a plan to mitigate the effects of the contaminated oil. It did not give details.

Russian officials have said contaminated oil has already been pumped into storage in Russia and Friday’s talks would focus on how to partially withdraw the tainted crude from the Druzhba pipeline running via other countries.

The suspension cuts off a major supply route for Polish refineries owned by Poland’s PKN Orlen and Grupa Lotos , as well as plants in Germany owned by Total , Shell, Eni and Rosneft.

Some refiners have outlined plans for alternative supplies, but analysts say other routes cannot meet the shortfall.

Ukraine’s Ukrtransnafta suspended the transit of oil through the pipeline on Thursday, closing supplies via Druzhba’s southern route to Slovakia, the Czech Republic and Hungary.

The pipeline issue, which has supported global oil prices, lifted Russian Urals crude differentials to an all-time high on Thursday.

With pipeline supplies to Europe shut, Russia faces a challenge of how to divert about 1 million barrels per day (bpd) that was meant to be shipped through the network to other destinations at the time when export capacity is at its limits.

Concerns about the quality of Urals crude also caused delays in loadings at the Baltic port of Ust-Luga, when buyers refused to lift cargoes, resulting in a brief shutdown of the port on Wednesday and Thursday. An Ust-Luga official and traders said on Friday loadings had resumed.

Russian loading plans indicate it aims to boost Urals exports in May before the expiry of a deal on output cuts agreed with the Organization of the Petroleum Exporting Countries and its allies, Reuters calculations and Energy Ministry data show.

The provisional loading plan for Russia’s Baltic Sea ports and Novorossiisk in May show exports rising to 10.7 million tonnes, the highest level in half a decade.

Russian Deputy Prime Minister Dmitry Kozak, in charge of government energy policy, said this week that those found responsible for contaminating the oil could be fined. He did not provide names.