London — Russia‘s Federal Security Service (FSB) said on Thursday that it had prevented Ukrainian special services from carrying out what it said was sabotage on the “South Stream” gas pipeline. 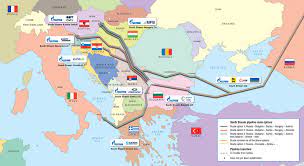 “As a result of a set of investigative measures, [the FSB] prevented an attempt by Ukrainian special services to commit an act of sabotage and terrorism on the South Stream gas pipeline supplying energy resources to Turkey and Europe,” the FSB said.

It was not immediately clear which pipeline the FSB was referring to.

South Stream, originally intended to transport Russian gas under the Black Sea to the Bulgarian coast, was scrapped in 2014 in favour of TurkStream, which makes landfall in Turkey and can supply gas to Hungary and Bulgaria.