Russia settles oil spat with Belarus amid stand off with Saudi Arabia: sources 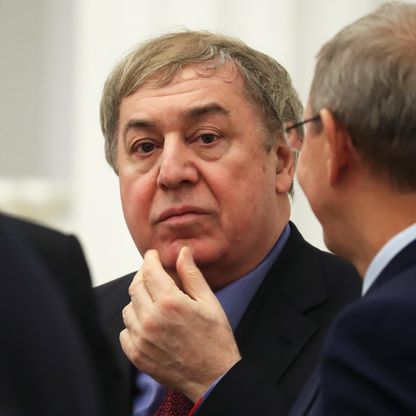 MOSCOW — Russia has settled a months-long oil supply dispute with Belarus, three industry sources told Reuters on Monday, as Moscow seeks as many buyers as possible in a fight for market share after a landmark cooperation agreement with Saudi Arabia fell apart.

Russia, which was supplying Belarus with an average of 24 million tonnes of oil per year, or 480,000 barrels per day (bpd), stopped oil shipments to Belarus from Jan 1, after failing to agree a new price with Minsk.

Belarus, Russia’s ex-Soviet ally, imported discounted oil from Moscow for years, reselling some of it and oil products processed from the Russian barrels on to Europe until Moscow decided to stop the practice.

Russia, along with some other producers, was part of a wider alliance with the Organization of Petroleum Exporting Countries (OPEC). For three years, this group, known as OPEC+, was coordinating their supply to support global oil prices.

That alliance fell apart on March 6 after Russia and Saudi Arabia failed to agree on how to act amid falling oil demand from the global coronavirus outbreak, effectively starting a war for the market share. Everyone can pump freely from April 1.

Three oil industry sources told Reuters on Monday that Russia has increased the discount at which Belarus may import Russian oil by $12 per tonne to $15.7 per tonne, as Minsk initially wanted.

Oil companies are ready to restore supplies in the full amount of 480,000 bpd as soon as April 1, the sources said, but Belarus is yet to say how much oil it needs. Demand for the oil products it resells to Europe have fallen with people’s movements restricted in the attempt to stop coronavirus from spreading.

“We are ready to supply but the question is how much they (Belarus) will ask for. No-one needs much oil now as there is simply nowhere to sell the oil products,” the first source who works in a Russian oil company said.
The Russian energy ministry and Belarus state oil company Belneftekhim did not reply to Reuters requests for comment.