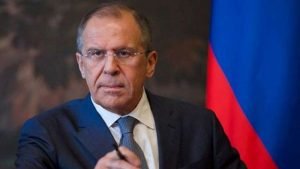 The Nord Stream 2 project, which aims to pump Russian gas to Germany via a pipeline under the Baltic Sea, is led by Russian state energy firm Gazprom and fiercely opposed by the United States.

“Interference in the process of forming the Nord Stream 2 project is simply brazen – for instance look at the regular public statements by the U.S. ambassador in Berlin that simply demand that the German government change its position and go against its own interests,” Lavrov said.