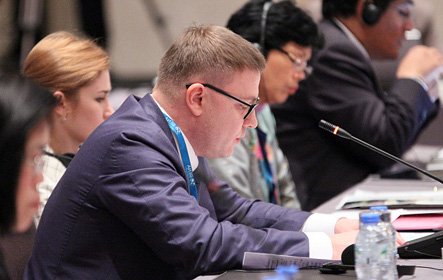 05 May 2018, Sweetcrude, Houston — The scope of Russia’s profit-based tax (NDM) pilot scheme will still be limited in the context of Russia’s upstream sector, according to GlobalData, a leading data and analytics company.

In April 2018, Russia’s Ministry of Energy proposed widening the application of the pilot scheme for an NDM system on oil production to stimulate greater levels of investment and production. Fields operating under the new system will pay a 50% tax on profits while enjoying a significant reduction in mineral extraction tax (MET), Russia’s main tax on the upstream sector. MET is a production-based tax and can therefore only account for higher costs through specific exemptions, hence the desire to move towards a profit-based system. A minimum NDM payment will still apply though based on a cost deduction cap of RUB9,520/tonne (~US$21/bbl), or RUB7,140 (~US$16/bbl) in 2019 and 2020 respectively.

The system will automatically apply in 2019 to two categories of fields, primarily in the established West Siberian and Timan-Pechora regions. The first category is a specific group of producing oil fields operated by Rosneft, Lukoil, Gazprom Neft and Sugutneftegaz in the Tyumen, Khanty-Mansi, Yamalo-Nenets and Komi regions.

Will Scargill, Oil & Gas Analyst at GlobalData, comments: “The government hopes that the new tax system can spur investment aimed at increased recovery at these fields. However, they currently contribute less than 3% of Russia’s total oil production and less than 2% of the country’s oil reserves.”

Scargill continues: “Even if this change achieves the additional annual production of 900,000 tonnes (approximately 6.6 million barrels or 18,000 bd) mooted by First Deputy Energy Minister Alexei Texler, this would represent an increase of less than 0.2% on Russia’s production.”

In addition to these categories, the NDM system will also be optional for fields that benefit from reduced export duty or any new development in the Sakha, Irkutsk, Krasnoyarsk, Nenets or Yamalo-Nenets (north of 65N) regions, or the Caspian Sea.

Scargill adds: “This will increase the scope of the system over time as new production comes on stream. However, a truly large-scale roll-out of the NDM scheme remains uncertain. The pilot scheme was beset by political wrangling and delays, and these issues would likely only be multiplied by higher levels of production and taxes at stake.”