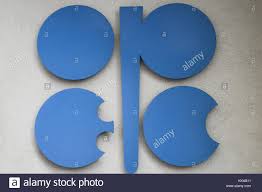 Moscow — Russian Energy Minister Alexander Novak will join an OPEC+ ministers’ meeting on Wednesday despite testing positive for the novel coronavirus while on a work trip in Russia’s far east, the energy ministry said on Tuesday.

“The minister feels good. He has no symptoms,” a ministry spokeswoman told Reuters, confirming that Novak would take part in the 21st meeting of the OPEC+ group’s Joint Ministerial Monitoring Committee (JMMC) on Aug. 19.

OPEC+ producers are set to review adherence to their production pact on oil output cuts at Wednesday’s meeting against the backdrop of a slow recovery in demand.

Compliance with OPEC+ oil output cuts was 95-97% in July, according to OPEC+ sources and a draft report seen by Reuters on Monday.

Novak is in Russia’s far east as part of a government delegation headed by Prime Minister Mikhail Mishustin, who had contracted the novel coronavirus in late April.

Novak will continue working remotely for the time being, energy ministry spokeswoman Olga Golant said in a statement.