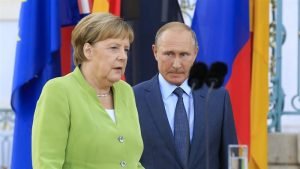 Putin and Merkel also agreed there was a need to boost political and diplomatic efforts to solve the Libyan crisis, while the two leaders welcomed the prisoner swap in Ukraine, which took place earlier on Sunday.