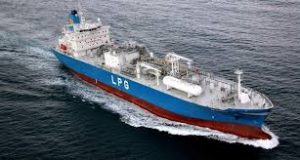 Moscow — Russian petrochemical giant Sibur has cut liquefied petroleum gas (LPG) exports to Europe by more than a third so far this month, redirecting flows to its newly built Siberian plant, according to data and traders.

Sibur’s complex in western Siberia, known as ZapSibNefteKhim, will be one of the world’s five biggest petrochemical plants when it is fully operational and is part of Russia’s plans to capture more value from the oil it produces.

Sibur is supplying the plant with some of the LPG it produces domestically. The plant, also essential for Sibur’s plans to list its shares in Moscow and potentially in London, is operating in test mode, with full production capacity seen in 2021.

According to Refinitiv LPG trade flows data, Sibur cut LPG exports via the Baltic Sea port of Ust-Luga by 36% on a daily basis between Oct. 1 and 20 to 4,170 tonnes versus 6,512 tonnes in January-September.

Sibur declined to comment.Ust-Luga is Sibur’s main export route. The company exports LPG – chiefly used as fuel for cars, heating and to produce other petrochemicals – to Europe only.

According to Russian Energy Ministry data, Sibur supplied ZapSibNefteKhim with around 48,000 tonnes of LPG last month versus 3,000 tonnes in August.

Sibur’s Chief Executive Dmitry Konov said last month that the company planned to reduce its LPG exports to Europe to around 2 million tonnes next year as it holds back feedstock for its new plant in Siberia.