Rwanda: How energy can contribute towards poverty alleviation 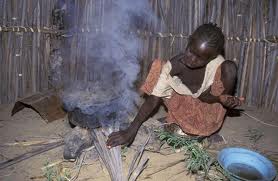 16 August 2014, Kigali – WE LIVE in interesting times when so much is happening in terms of development. However, there are curious contradictions that undermine our journey to the Promised Land; development.

The importance played by energy to our development process requires no explanation and energy consumption is widely accepted as a good indicator of economic development.
In general, this means the higher the energy consumption, the higher the per capita income and, consequently, the lower the poverty index.
There is a correlation between energy availability and poverty. Sustained economic development will be attained only when it is possible to offer decent living conditions to one-third of the world’s population with an estimated 1.6 billion people living in the developing countries with no access to any type of commercial energy.
These people still depend on energy generated inefficiently by burning fuel wood, dung and plant wastes in devices using crude or primitive technologies.
Energy obtained under such harrowing conditions is expensive and insufficient to meet even basic human needs for nutrition, heat and lighting, with little or nothing left for productive uses that would offer a way out, helping breach the seemingly never ending cycle of poverty.
In rural areas, energy supplies are used mainly for cooking purposes, with only small portion allotted to food production, processing and conservation.
Despite all the technological and administrative advances made so far, mankind or to be more gender sensitive, humankind, has proven unable to deal with this challenge.
Besides China where significant progress has been achieved in as regards rural electrification, it is estimated that only one-third of the rural population of the developing countries has access to electricity, a figure that has remained unchanged for the past 25 years.
According to Rwanda’s Energy, Water and Sanitation Authority, which was recently split, 85 per cent of the overall primary energy consumption in Rwanda is from biomass, 11 per cent from petroleum products and a meager 4 per cent from electricity.
Rwanda’s per capita energy consumption is only 41KWH which demonstrates the county’s overdependence on wood-fuel.
Rwanda energy demand is projected at 641MW by 2017 and during the same year, according to the national development blueprint, the second Economic Development and Poverty Eradication Strategy (EDPRS 2), during the same year, the plan is to have at least 70 per cent of households in Rwanda accessing electricity.
As income is insufficient and unstable, urban poverty may well be even worse than its rural counterpart, reaching a level of real marginality.
This is due to shortfalls in job generation in terms of both quality and quantity during the initial stages of the economic development process, to which the urbanisation process is closely linked, covering activities such as building infrastructure and homes, shopping centres and factories that demand large labour-forces and consequently attract waves of migrants to richer urban centres.
However, the slowdown in this expansion generates a perverse effect on the urban communities involved.