14 September 2014, Kigali — The biggest solar power plant in East Africa has just opened in Rwanda. It is the first grid level solar plant in the region – a 21-hectare field covered with panels. Rwanda might not seem an obvious place to put it, as the country averages only about five hours of sunshine per day, and not much more where the plant is located. However, sunshine is not the whole story.

Until last month, South Africa was the only country in sub-Saharan Africa to have a substantial amount of solar power feeding into its grid. 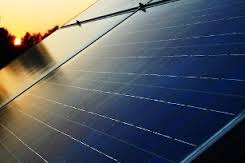 The one just opened at the Agahozo Shalom village in eastern Rwanda has peak capacity of 8.5 megawatts, nearly seven percent of capacity on the national grid. The government has signed a power purchase agreement (PPA) to pay for that electricity over 25 years.

So why is Rwanda seizing the lead on solar power in East Africa? Owner and chief operating officer of Afritech, the firm that built the plant, Dan Klinck suggests some reasons.

“Rwanda’s doing a number of things right. I mean one, security. It is a place where people can trust their PPA’s for 25 years. [For] geo-political stability, Rwanda probably is the most attractive place in east Africa. And Rwanda’s regulatory framework – no corruption. It is a very, very transparent system,” said Klinck.

The deal had to be right for the Rwandan government as well as for the investors. The exact price it will pay for the electricity from the Agahozo plant is confidential, but VOA was told it’s between 20 and 25 U.S. cents per kilowatt, around twice as expensive as most hydropower.

Rwanda still gets nearly half its electricity from diesel, and that electricity costs 38 cents per kilowatt in Rwanda.

Solar power fluctuates, so the Rwandan government does not want more than 10 percent solar on its grid. But it needs that 10 percent quickly to save on diesel and to give Rwanda’s fledgling industries a chance of competing, and solar power can be rolled out fast.

“A typical hydropower project you would say takes two years of development. With solar we took the site in February and it was completed and already giving electricity in July. So we are talking six months versus two years,” said Klinck.

Villagers who were farming on the 21-hectare site said they were happy with the compensation they got for their land, and are looking forward to the electricity. But much of rural Rwanda will have to wait years for a grid connection.

For them, solar home systems, panels on the roof, could be a solution. A German company, Mobisol, offers Rwandans a system that powers several lamps, a phone charger, a flashlight and a radio – all of which come with the package – at a cost of $10 a month over three years.

“To be honest with you almost all of them can afford it… If you choose to have light then it is possible,” said Gasirabo.

Mobisol’s manager in Rwanda, Klaus Maier, mentioned a drawback with solar panels. While they need sunshine to work, they do not function well if they get too hot.

“I think for solar parks or mini-grids this is truly an issue, that if the panel or the park heats up, your performance or your efficiency goes down. Therefore probably Rwanda is a good spot for having a mini-grid or a solar park,” said Maier.